Portrait of the philosopher Georg Wilhelm Friedrich Hegel (1770–1831). One of the leading representatives of German idealism, Hegel formulated the central principle behind that school of philosophy: “The spiritual alone is the real.” According to this premise, all of reality, all of human perception, is spiritual in character. Hegel also regarded this principle the basis for all historical development, which he understood as the manifestation of the “objective spirit.” His philosophy of history allowed him to arrive at an extremely positive assessment of the Prussian state and its rational administration, which he viewed as the expression of a highly developed spiritual principle. Thus, the Prussian state was blessed with intellectual legitimation by one of the era’s leading philosophers—and one who taught the University of Berlin, no less. Karl Marx (1818–1883) was among Hegel’s famous students there. Marx’s reflections on the prevailing form of government, however, led to him to conclusions that differed sharply from those of his teacher. Chromotype after a lost painting (1828) by Julius Ludwig Sebbers. 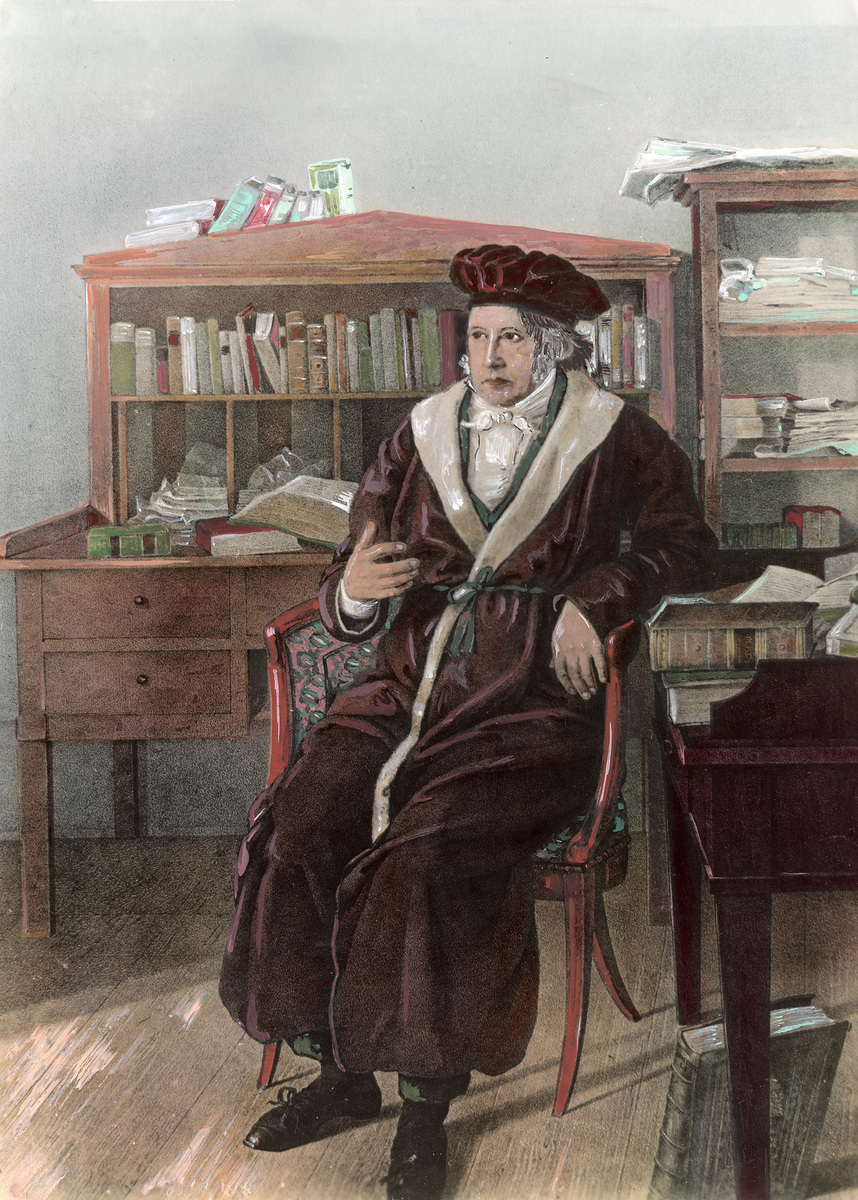 Source: bpk-Bildagentur, image number 00003754. For rights inquiries, please contact Art Resource at requests@artres.com (North America) or bpk-Bildagentur at kontakt@bpk-bildagentur.de (for all other countries)