Austrian artillery battery in position during fighting on the island of Funen. In the German-Danish War, Austria still fought alongside Prussia to push Denmark out of the northern provinces of Schleswig and Holstein. Subsequent friction between the two victors over these territories served as grounds for the Austro-Prussian War in 1866. Photographer unknown, 1864. 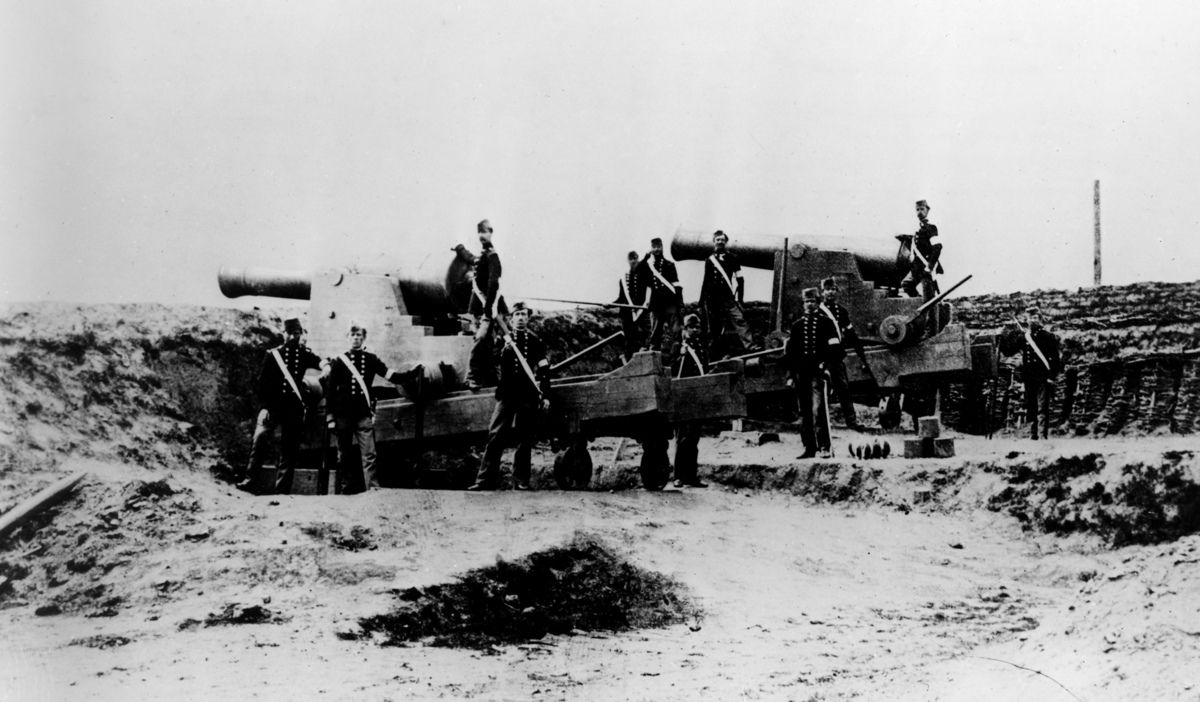 Source: bpk-Bildagentur, image number 30011229. For rights inquiries, please contact Art Resource at requests@artres.com (North America) or bpk-Bildagentur at kontakt@bpk-bildagentur.de (for all other countries).