Prussian troops in Flensburg during the German-Danish War, the first in a series of three German Wars of Unification (the others followed in 1866 and 1870–71). The occupation of Flensburg marked one of the first phases in the victorious Austro-Prussian campaign against Denmark. Wood engraving after a drawing, February 27, 1864. 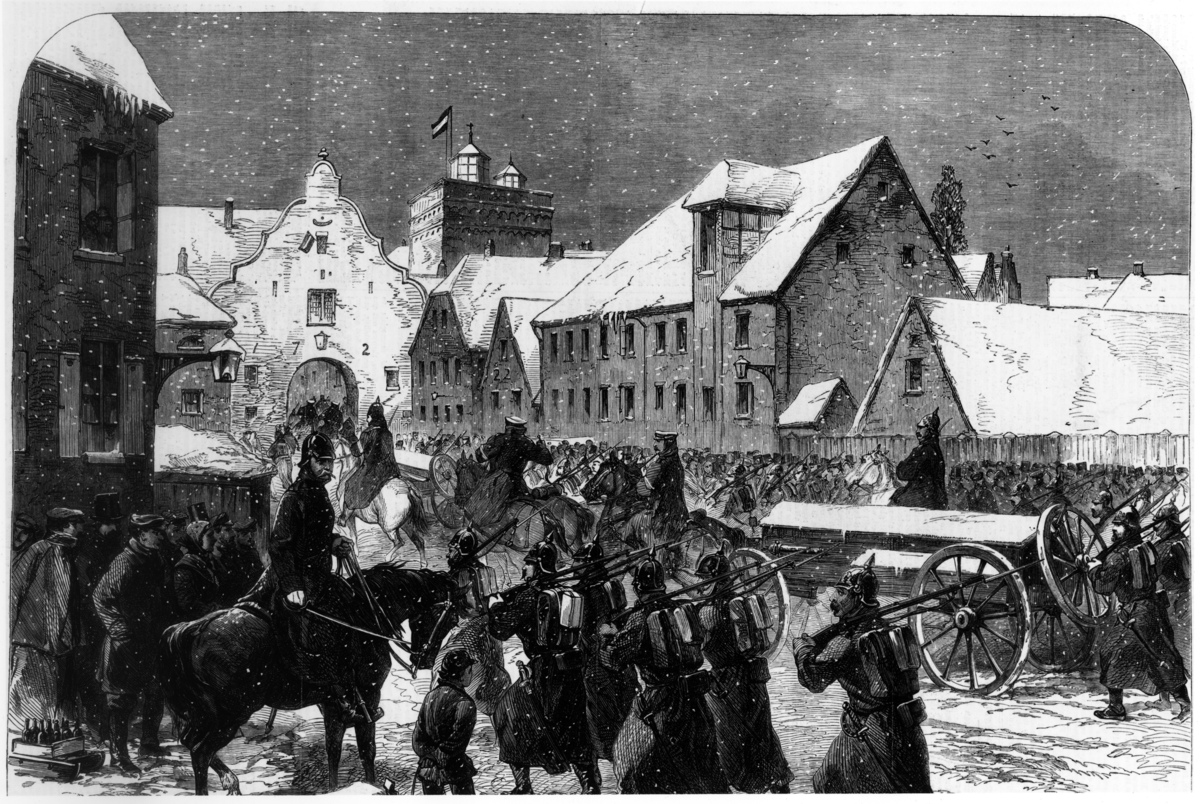 Source: bpk-Bildagentur, image number 30011227. For rights inquiries, please contact Art Resource at requests@artres.com (North America) or bpk-Bildagentur at kontakt@bpk-bildagentur.de (for all other countries).