The Passion Play in Oberammergau (1860)

Sacred plays depicting the passion of Christ had played a role within religious tradition since the Middle Ages, but they attained renewed significance when popular religion experienced a revival in the mid-nineteenth century. The passion play staged every ten years in the Bavarian town of Oberammergau holds a particular place among German-speaking passion plays. Tradition has it that in 1633, the inhabitants of Oberammergau vowed to stage a passion play every ten years if the plague epidemic raging at the time were to spread no further. In the literature, the first performance is dated either 1634 or 1664. As the image shows, by 1860, the Oberammergau passion play had moved well beyond its modest beginnings and could boast an imposing open-air stage. By the late twentieth century, the Oberammergau plays had grown to include approximately 2,000 amateur actors and were seen by roughly 500,000 visitors per season. Wood engraving after a drawing by C. E. Döpler (1824–1905), 1860.

The Passion Play in Oberammergau (1860) 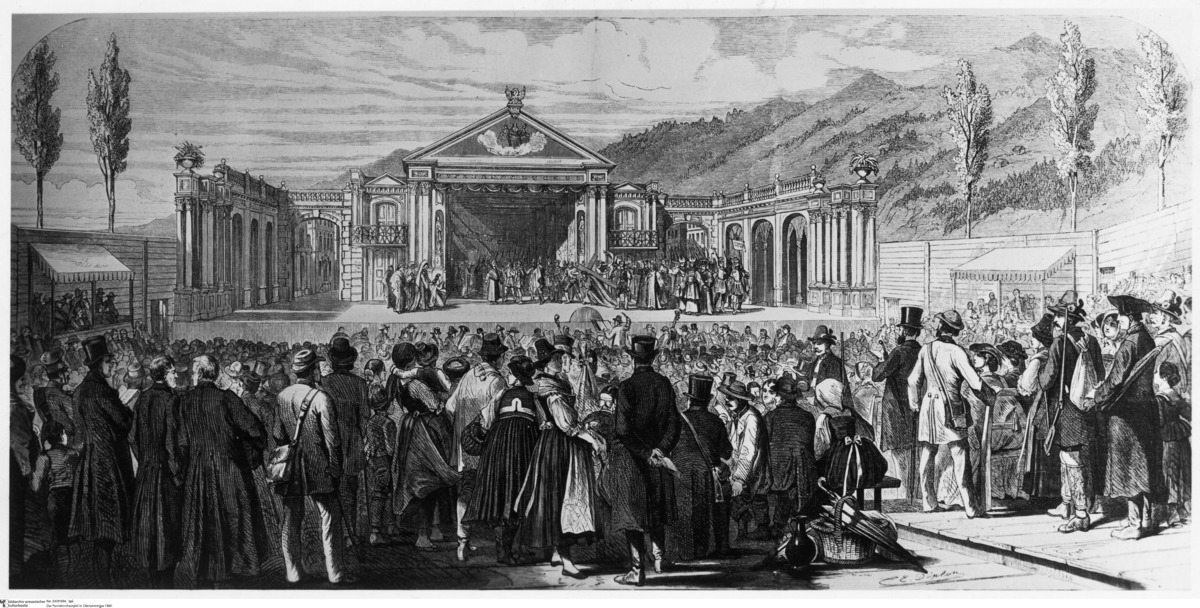 Source: bpk-Bildagentur, image number 20031936. For rights inquiries, please contact Art Resource at requests@artres.com (North America) or bpk-Bildagentur at kontakt@bpk-bildagentur.de (for all other countries).