Negotiations regarding the Basic Treaty [Grundlagenvertrag], which was supposed to regulate relations between the GDR and the Federal Republic in a new way, were extremely complicated and protracted because the GDR insisted on recognition under international law, whereas the Federal Republic—although essentially cooperating with the SED dictatorship—refused to relinquish its hopes for reunification. At a meeting in Bonn on November 8, 1972, GDR State Secretary Michael Kohl (left) and FRG State Secretary Egon Bahr (right) initialed the Basic Treaty between the Federal Republic of Germany and the German Democratic Republic. The treaty was officially signed on December 21, 1972. 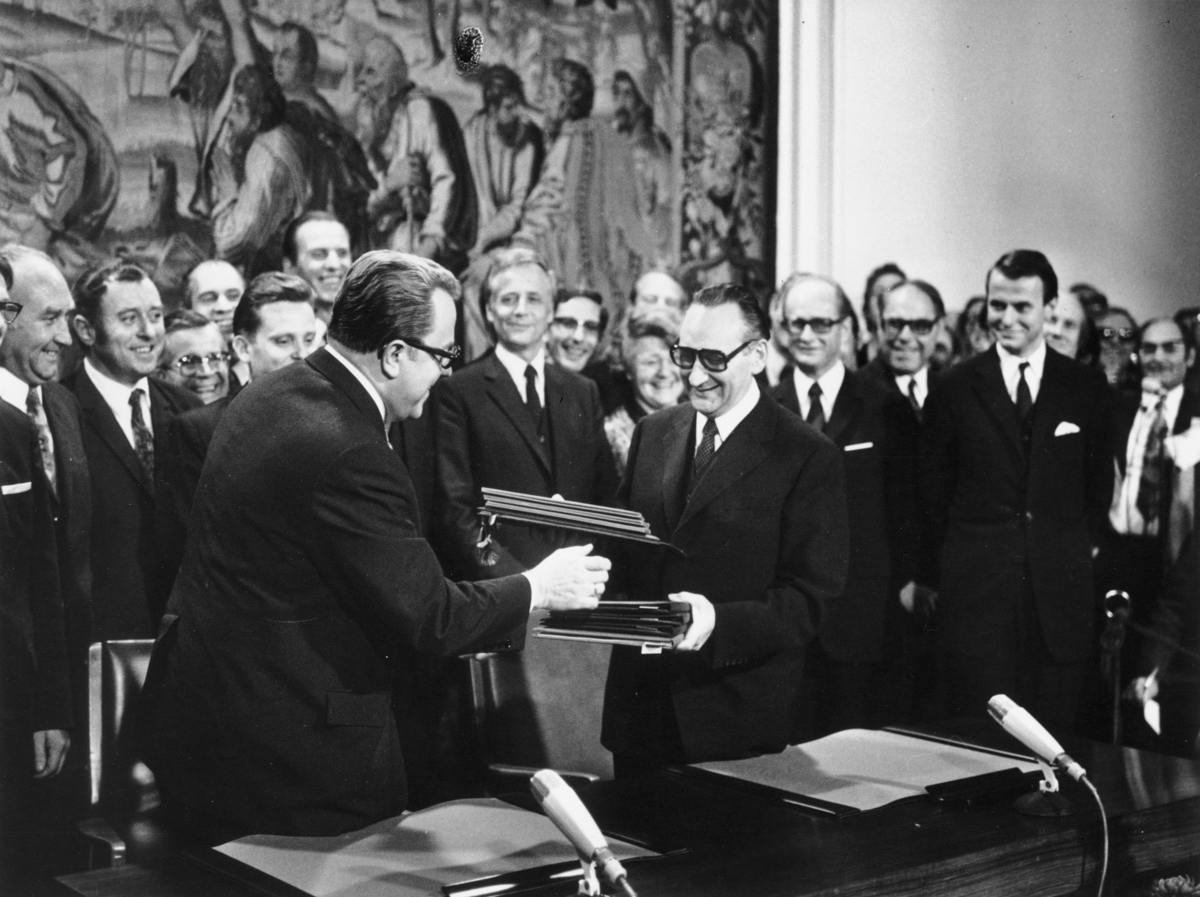