The Prussian Major General Carl von Clausewitz (1780–1831) was a military reformer and strategist, and one of the leading military thinkers of the nineteenth century. In many respects, Clausewitz's theory of war, put forth in his major work On War (1832), represented a paradigmatic shift in military thinking, because it considered the fundamental relationship between war and politics. Ninteenth-century lithograph by Franz Michaelis after a missing painting by Karl Wilhelm Wach. 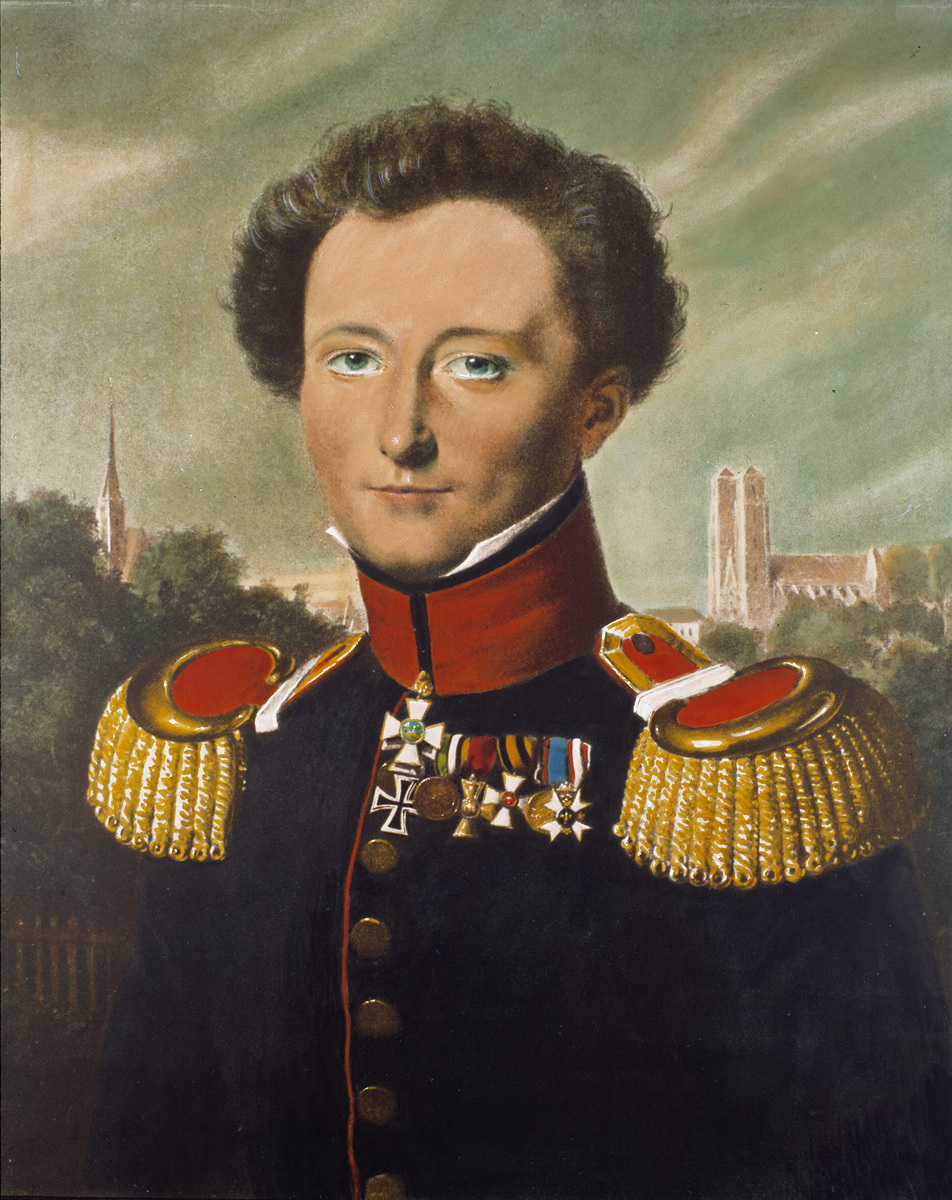 Source: bpk-Bildagentur, image number 00000664. For rights inquiries, please contact Art Resource at requests@artres.com (North America) or bpk-Bildagentur at kontakt@bpk-bildagentur.de (for all other countries).

Carl von Clausewitz, published in: German History in Documents and Images, <https://germanhistorydocs.org/en/from-vormaerz-to-prussian-dominance-1815-1866/ghdi:image-276> [February 04, 2023].
Carl von Clausewitz, Excerpts from On War (1832)
Kingdom of Hanover: Grenadiers of the Guard, Drummer, and...