Kingdom of Hanover: Grenadiers of the Guard, Drummer, and Common Soldiers (c. 1835)

Although the number of small German states and principalities had been drastically reduced during the Napoleonic era (and by the Congress of Vienna), Germany continued to consist of 41 sovereign states in the form of the German Confederation. Each state had separate military formations with distinctive uniforms and decorations, and this played an important role in fostering a sense of identification with the state among soldiers and the general population alike. This image, one of countless color plates that enjoyed both separate distribution and widespread circulation in reference books at the time, depicts grenadiers of the Guard, a drummer, and common soldiers serving in the royal Hanoverian army. As one of the beneficiaries of the Congress of Vienna in 1815, Hanover gained both territories and the status of kingdom. For the next half a century, however, Hanover shifted between constitutional liberalism and autocratic repression before being defeated by Prussia in the Austro-Prussian War and subsequently annexed to it in 1867. Lithograph by unknown artist, c. 1835.

Kingdom of Hanover: Grenadiers of the Guard, Drummer, and Common Soldiers (c. 1835) 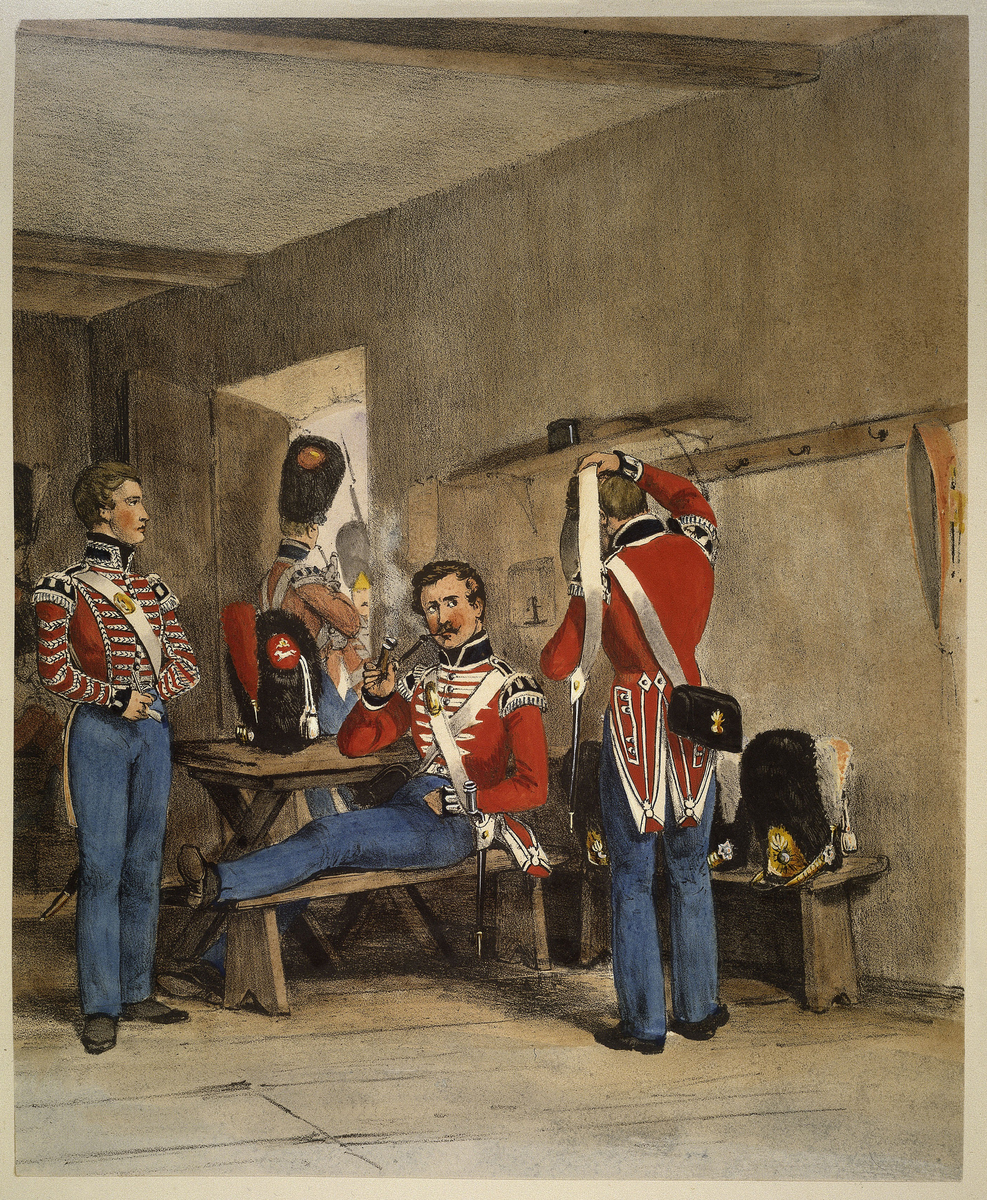 Source: bpk-Bildagentur, image number 00008613. For rights inquiries, please contact Art Resource at requests@artres.com (North America) or bpk-Bildagentur at kontakt@bpk-bildagentur.de (for all other countries).