In 1652, four doctors founded the German Academy of Natural Sciences (Academia Naturae Curiosorum) in the Bavarian town of Schweinfurt; it is the oldest scholarly society for the study of the natural world. In 1677, it was officially recognized by Emperor Leopold I (1640–1705), who formally declared it an Imperial Academy ten years later, thereby granting it certain privileges, e.g., freedom from censorship and certain copyright protections that prevented others from reproducing its publications. In 1742, the society was renamed the Imperial Leopoldinian-Carolinian Academy of Natural Sciences, the official designation from which its nickname, Leopoldina, derives. During the nineteenth century, as the sciences advanced, the academy gained considerable status. Up to 1878, the academy relocated whenever a new president was chosen, moving to his place of residence; since then, however, it has been permanently located in Halle (Saale). The drawing below shows academy members gathered at a conference in Jena: (from left to right) J. G. Fr. Will, E. Reichardt, K. Fr. Ph. von Martis, J. G. Ch. Lehmann, D. G. von Kieser, Ed. Frenzl, K. H. Schultz, A. H. Braun, and B. Seemann. Drawing by unknown artist, 1859. 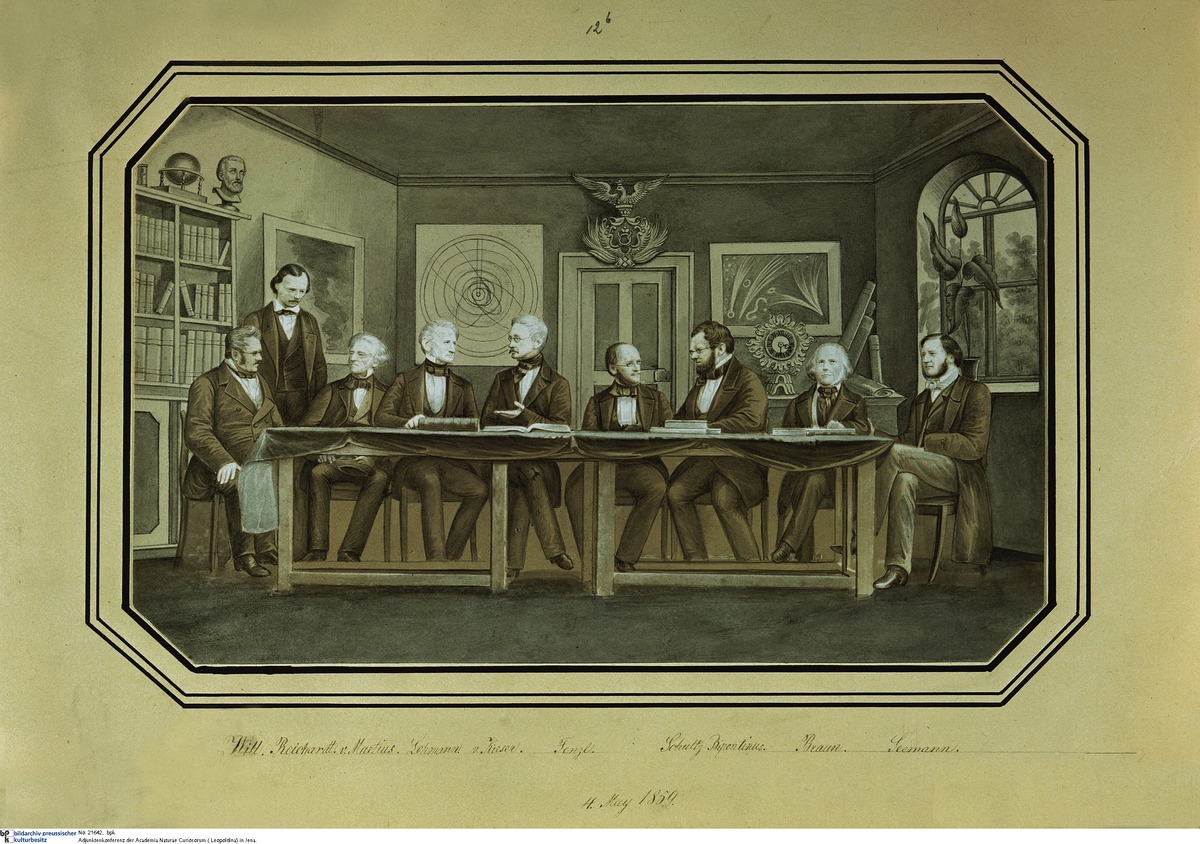 Reproduction: bpk-Bildagentur, image number 00021642. For rights inquiries, please contact Art Resource at requests@artres.com (North America) or bpk-Bildagentur at kontakt@bpk-bildagentur.de (for all other countries).

Conference of Members of the German Academy of Natural Sciences (Leopoldina) in Jena (1859), published in: German History in Documents and Images, <https://germanhistorydocs.org/en/from-vormaerz-to-prussian-dominance-1815-1866/ghdi:image-2280> [February 02, 2023].
Professors in Marburg (1856)
A School for the Higher Education of Daughters (c. 1860)