Going to church often meant more than confirming one’s religions faith, listening to the sermon, and receiving Holy Communion. Particularly in rural and Alpine areas, church services enabled local inhabitants, especially those living farther apart, to engage in what we would call networking. In an era without modern telecommunication or transportation, church services were an essential element of community building. At the same time, however, these services were also a means for exercising social control. Behavioral codes were often put forth in sermons, and social pressure played a role in church attendance, since a worshiper’s churchgoing habits were surely monitored by his peers. The revival of popular piety at mid-century did not permanently reverse the overall decline in church attendance in nineteenth-century Germany. Rural parishes such as the one depicted in this engraving, however, were less affected by secularization. Here, Black Forest residents of all ages flock to a hilltop service. Steel engraving by unknown artist, 1843. 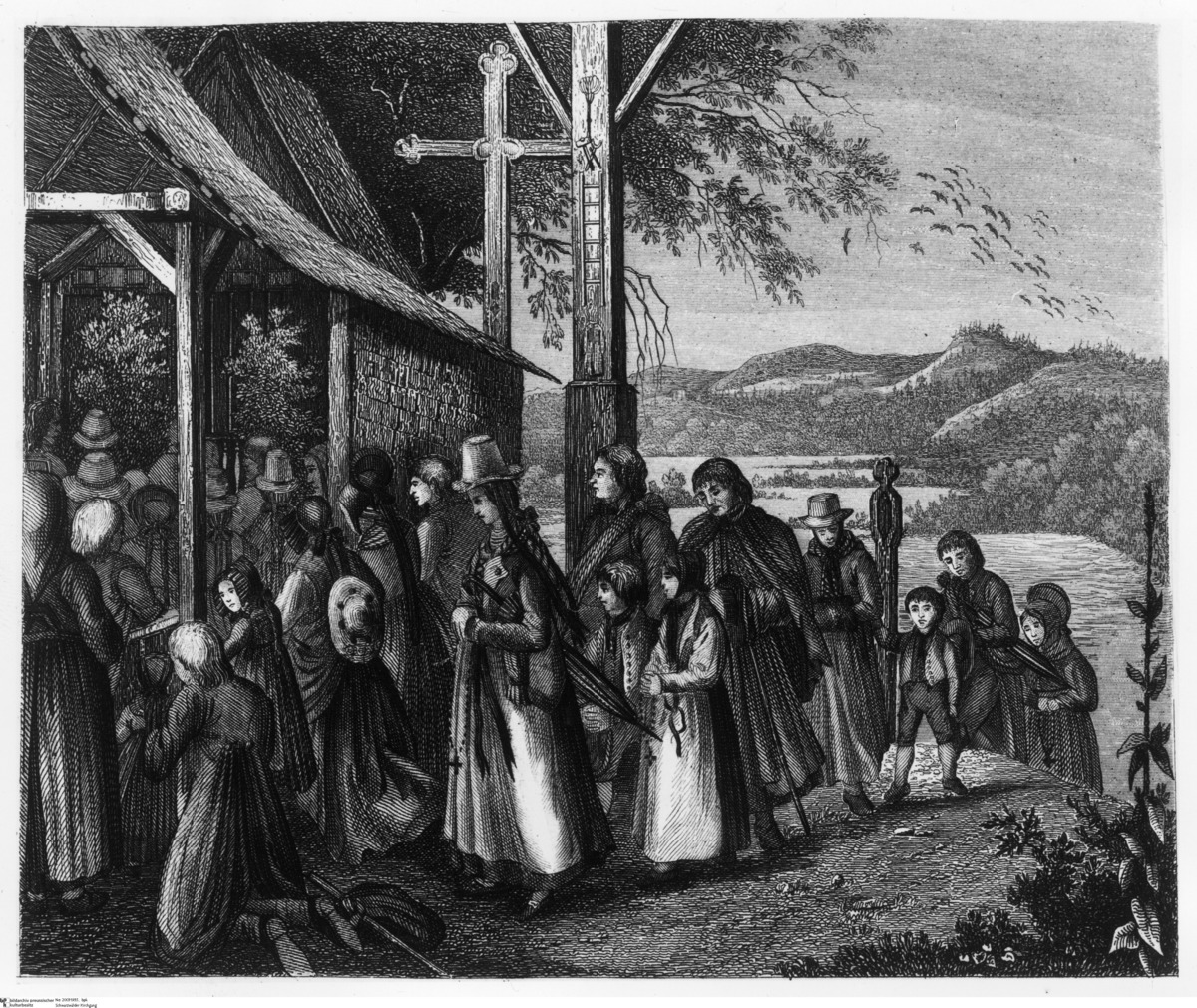 Source: bpk-Bildagentur, image number 20031935. For rights inquiries, please contact Art Resource at requests@artres.com (North America) or bpk-Bildagentur at kontakt@bpk-bildagentur.de (for all other countries).