A Teacher Administers a Beating (1842)

Scenes like the one shown here, in which a village schoolteacher beats a pupil with a cane, were a sad reality for students in the nineteenth century. Teachers had the “right to apply corporal punishment” [Züchtigungsrecht] and were thus permitted to use beatings and similar measures to discipline their students. (Likewise, masters also had the right to beat their apprentices.) Corporal punishment was particularly pervasive in rural areas, which were less likely to be open to pedagogical reforms. That this scene takes place in a rural elementary school is indicated by the fact that both girls and boys are among the frightened students in this improvised schoolroom. Secondary schools were, as a rule, separated by sex, and the privilege of attending a Gymnasium (a college-preparatory secondary school) was reserved solely for boys until the end of the nineteenth century. Calls for the abolition of corporal punishment in schools began to be raised (albeit slowly) in the nineteenth century. Corporal punishment was not legally banned in German schools, however, until the second half of the twentieth century. Lithograph by Theodor Hosemann (1807–1875).

A Teacher Administers a Beating (1842) 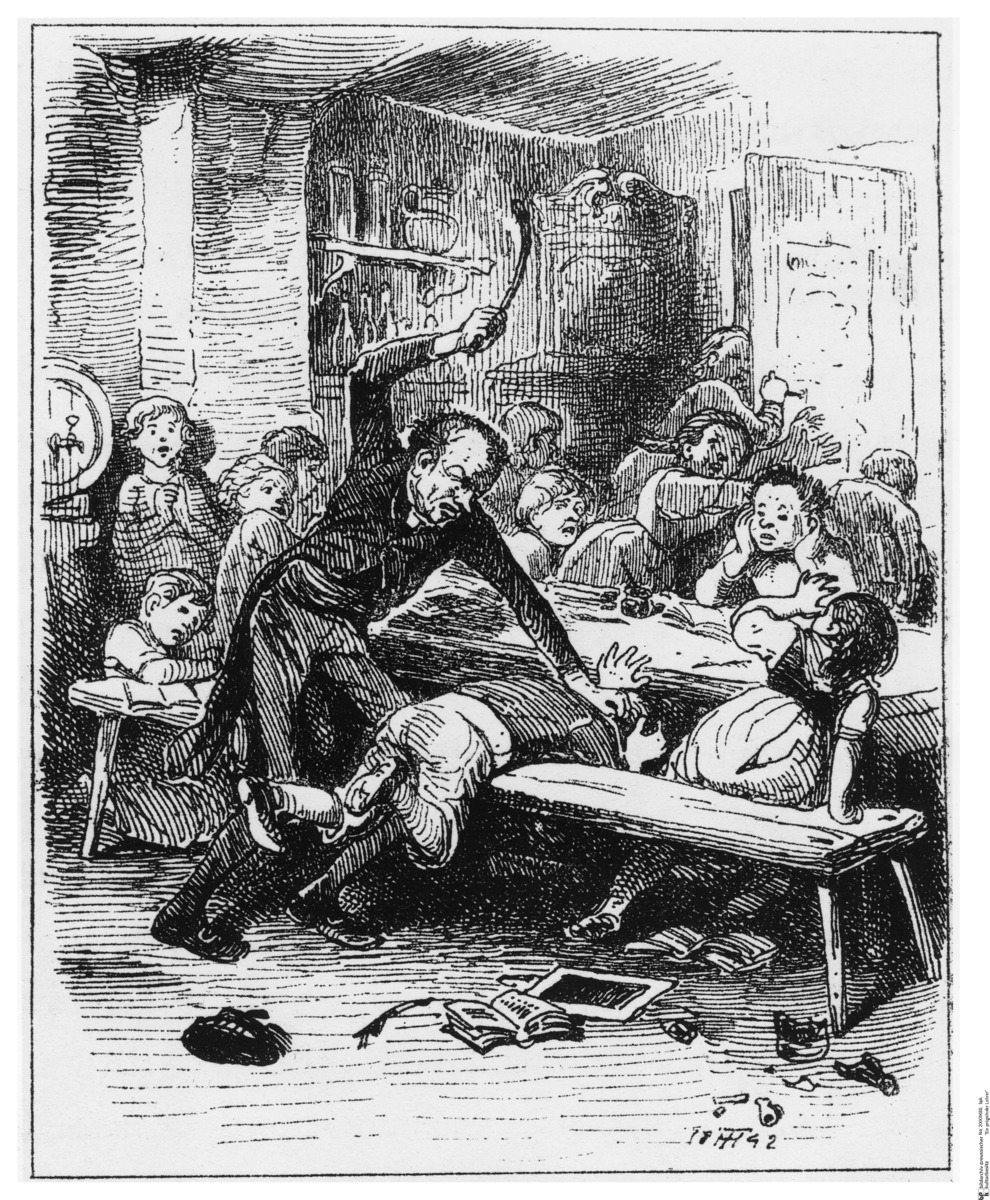 Source: bpk-Bildagentur, image number 20003688. For rights inquiries, please contact Art Resource at requests@artres.com (North America) or bpk-Bildagentur at kontakt@bpk-bildagentur.de (for all other countries)