The composer and musical director Robert Schumann (1810–1856) and his wife Clara Schumann (1819–1896), also a composer and virtuoso pianist, were leading contributors to musical life in nineteenth-century Germany and major representatives of romanticism in music. In his numerous piano works and Lieder (songs), Robert Schumann built on impulses and material from romantic writers such as Jean Paul and E. T. A. Hoffmann, interpreting poems by Johann Wolfgang von Goethe, Joseph Eichendorff, and Heinrich Heine in his music. This depiction of the couple is emblematic of their symbiotic relationship, with Clara being the most important performer of her husband’s work. A composer herself, a music teacher at the Frankfurt conservatory, and the editor of her husband’s works, Clara Schumann also maintained a life-long friendship with Johannes Brahms (1833–1897), whose works she performed in addition to those of Beethoven and Chopin. Lithograph by unknown artist, c. 1850. 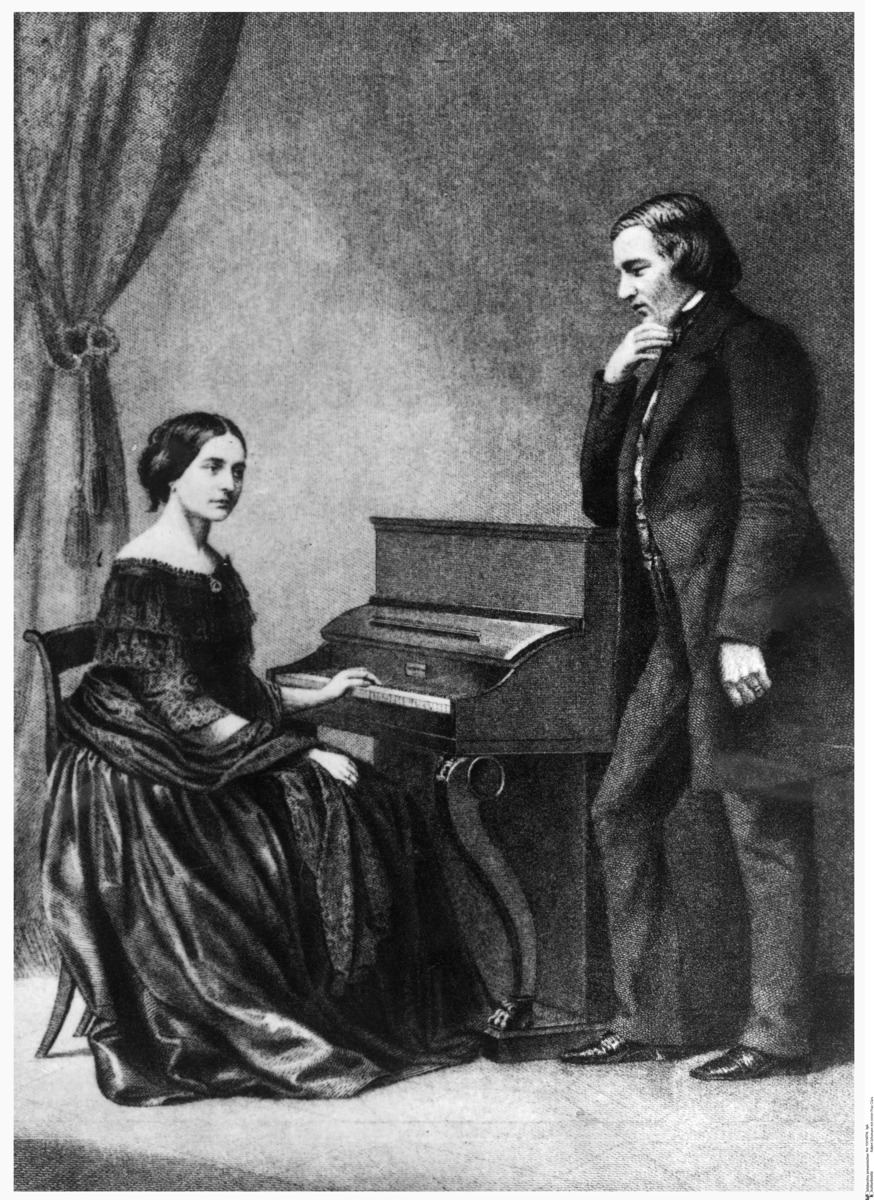 Source: bpk-Bildagentur, image number 10014774. For rights inquiries, please contact Art Resource at requests@artres.com (North America) or bpk-Bildagentur at kontakt@bpk-bildagentur.de (for all other countries).

Robert Schumann with his Wife Clara (c. 1850), published in: German History in Documents and Images, <https://germanhistorydocs.org/en/from-vormaerz-to-prussian-dominance-1815-1866/ghdi:image-2255> [February 02, 2023].
Goethe Commemoration in the Great Hall of the Grand Duke’...
Wilhelm Heinrich Riehl on Rural Fiction and Real Peasants...