The enthronement of Catholic Archbishop Michael von Deinlein (1800–1875) in Bamberg: the ceremonial procession to the cathedral on October 10, 1858. The popular Deinlein, whose appointment had been accepted by the Bavarian government despite tensions with the Vatican, subsequently numbered among the German bishops who only reluctantly proclaimed the dogma of papal infallibility. Contemporary woodcut published in the Leipziger Illustrierte Zeitung (1858). 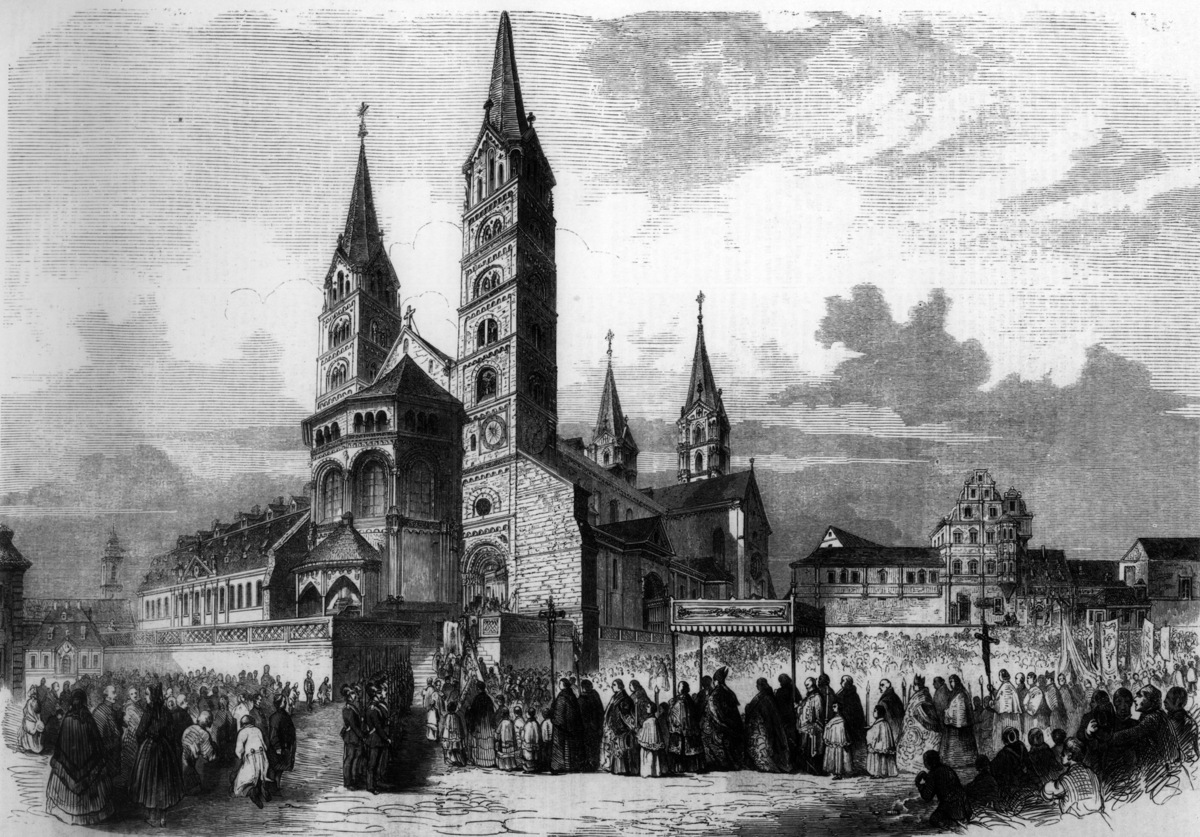 Image: bpk-Bildagentur, image number 20027670. For rights inquiries, please contact Art Resource at requests@artres.com (North America) or bpk-Bildagentur at kontakt@bpk-bildagentur.de (for all other countries).