In Rittersgrün in the Ore Mountains, Children Produce Pillow Lace in the Cottage Industry (1847)

The nature of child labor changed dramatically from the Middle Ages to the nineteenth century: children went from assisting their parents in the home to working in pre-industrial workshops and industrial factories, far removed from home and family. In Germany, the exploitation of child labor in the industrial sector reached its climax in the nineteenth century. At the same time, the mid-nineteenth century also saw the first tentative attempts to curb the worst excesses of child labor; e.g. in Prussia, where, in 1839, legislation prohibited the employment of children under the age of nine in certain industries and restricted working hours for those aged 9–16. (It was only in 1903, however, that legislation to protect children from commercial exploitation was extended to all industries.) With increasing protective measures, efforts to evade the restrictions included, among other things, a shift back to employing children and women under the domestic system. This image shows an entire family gathered in a living room, with all but the smallest children working on pillow lace; textiles were the goods most commonly produced in cottage industry. Wood engraving by an unknown artist, 1847.

In Rittersgrün in the Ore Mountains, Children Produce Pillow Lace in the Cottage Industry (1847) 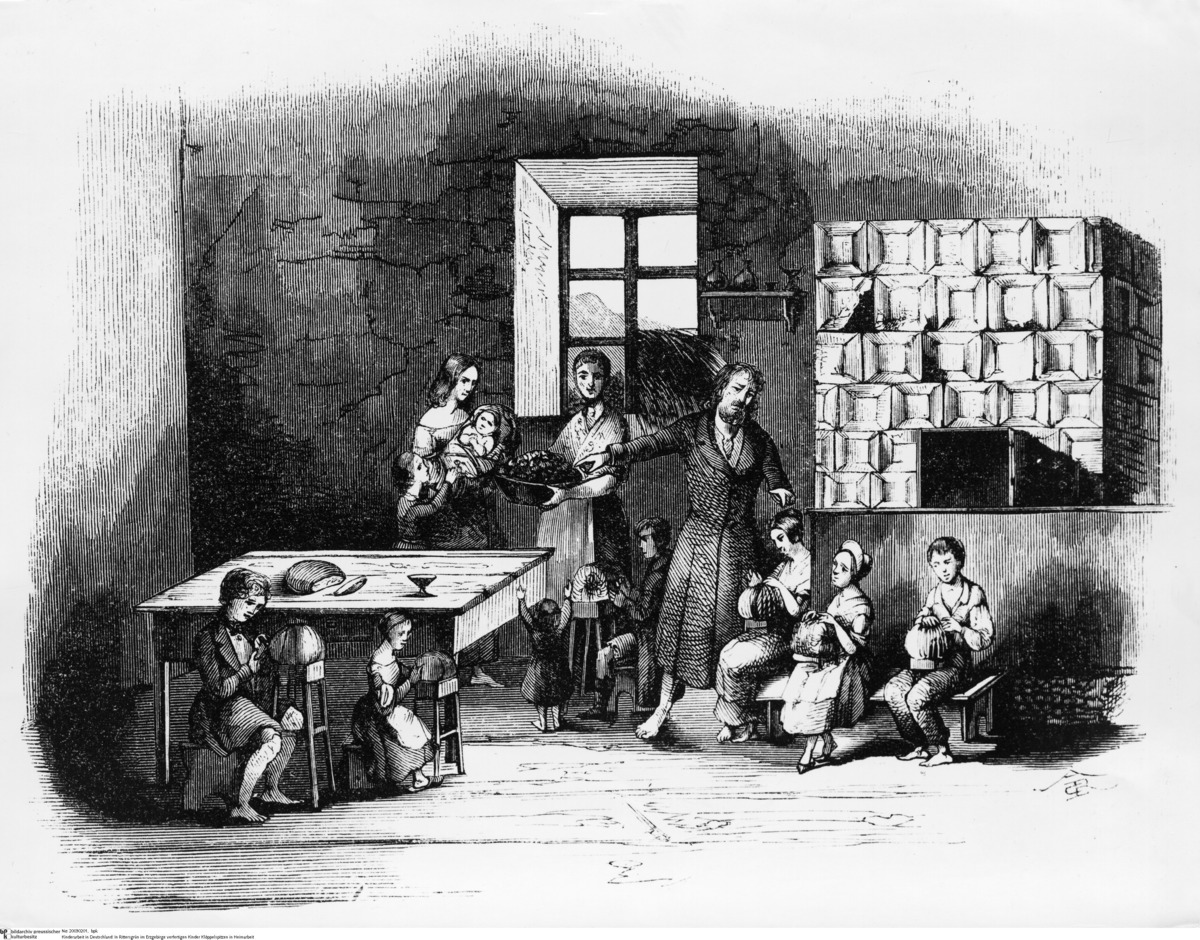 Source: bpk-Bildagentur, image number 20030201. For rights inquiries, please contact Art Resource at requests@artres.com (North America) or bpk-Bildagentur at kontakt@bpk-bildagentur.de (for all other countries).

In Rittersgrün in the Ore Mountains, Children Produce Pillow Lace in the Cottage Industry (1847), published in: German History in Documents and Images, <https://germanhistorydocs.org/en/from-vormaerz-to-prussian-dominance-1815-1866/ghdi:image-2239> [February 02, 2023].
Labor Unrest in Breslau (1847)
Beneficial Results of Protectionism (1848)