As the last and perhaps worst famine of the ancient régime spread across Europe in the mid-1840s, and as members of the working classes, together with portions of the middle classes, became increasingly impoverished, underprivileged population groups responded with a growing tendency toward unrest and collective violence. The revolutions that erupted across Europe in 1848 were preceded by isolated incidents of local unrest in the mid-1840s. For example, in June 1844, the Prussian province of Silesia became the scene of the famous Weavers' Revolt, an uprising of former artisans who had been demoted to employment as wage laborers and thus disadvantaged under the new economic order. Prussian troops crushed the Weavers’ Revolt, but not without a great deal of bloodshed. On March 22, 1847, nearly a year before the outbreak of the March Revolution in 1848, another social conflict shook the Silesian capital of Breslau (now Wrocław, Poland). After a municipal budget shortfall led to the dismissal of Breslau workers from public works projects that were supposed to alleviate the consequences of that year’s famine, workers roamed the city, gathering outside the homes of the mayor and other municipal leaders and loudly demanding work. As the image shows, troops eventually intervened to quell the rebellion. Wood engraving by an unknown artist, 1847. 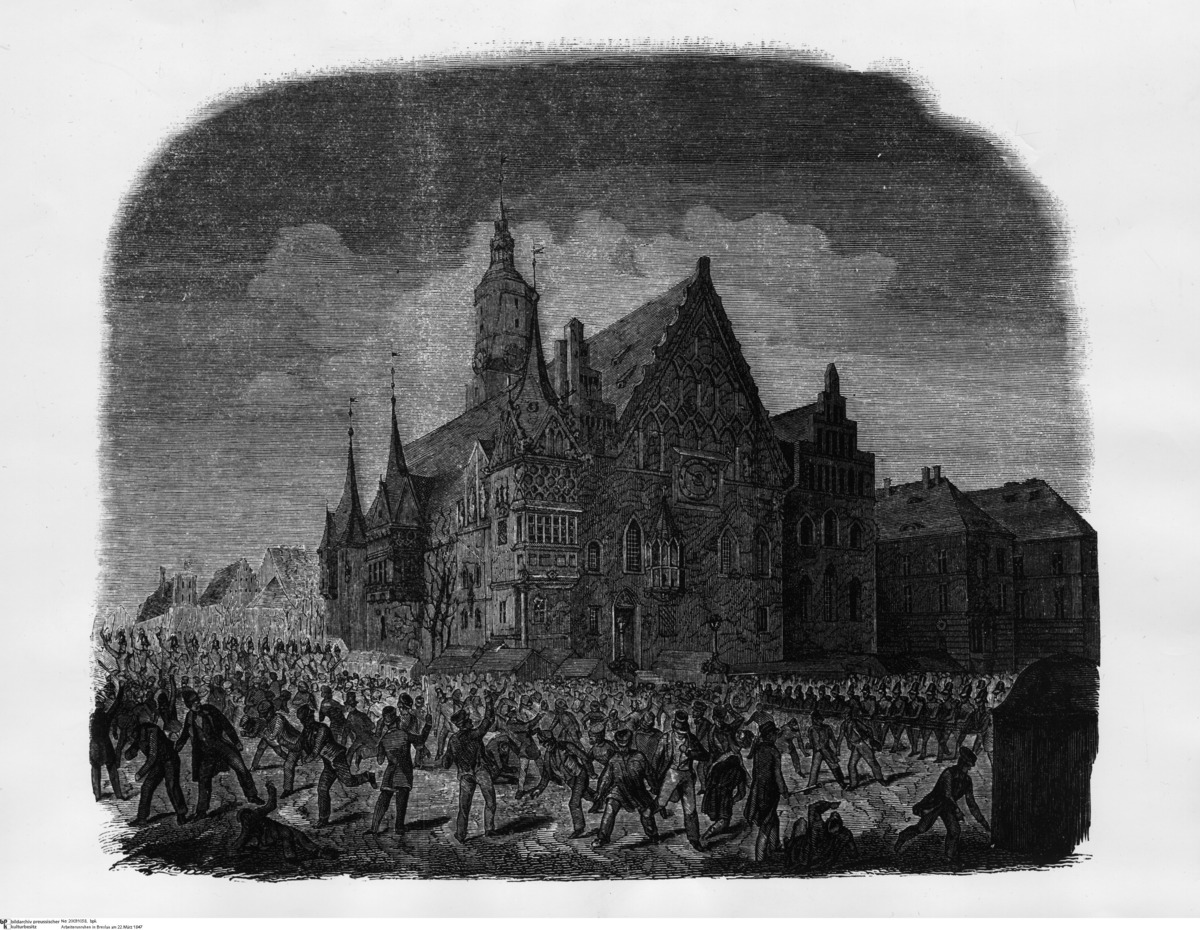 Source: bpk-Bildagentur, image number 20031058. For rights inquiries, please contact Art Resource at requests@artres.com (North America) or bpk-Bildagentur at kontakt@bpk-bildagentur.de (for all other countries).

Labor Unrest in Breslau (1847), published in: German History in Documents and Images, <https://germanhistorydocs.org/en/from-vormaerz-to-prussian-dominance-1815-1866/ghdi:image-2240> [February 04, 2023].
“Freedom of Occupation”: Excerpt from the Staats-Lexikon:...
In Rittersgrün in the Ore Mountains, Children Produce Pil...