Portrait of the businessman, politician, and banker David Justus Ludwig Hansemann (1790–1864). As the founder and leader of several successful Aachen enterprises, Hansemann put a large portion of his profits in the service of the public good. During the 1830s, he became increasingly active in politics. In 1843, he was elected to the Rhineland state parliament and came to number among the leading representatives of German liberalism. After the Revolution of 1848–49, he became the Prussian Minister of Finance, but was dismissed after only a few months. Afterwards, Hansemann returned to his business activities. Undated lithograph. Inscription reads: "Only when Prussia has achieved political freedom will Germany's independence be assured." 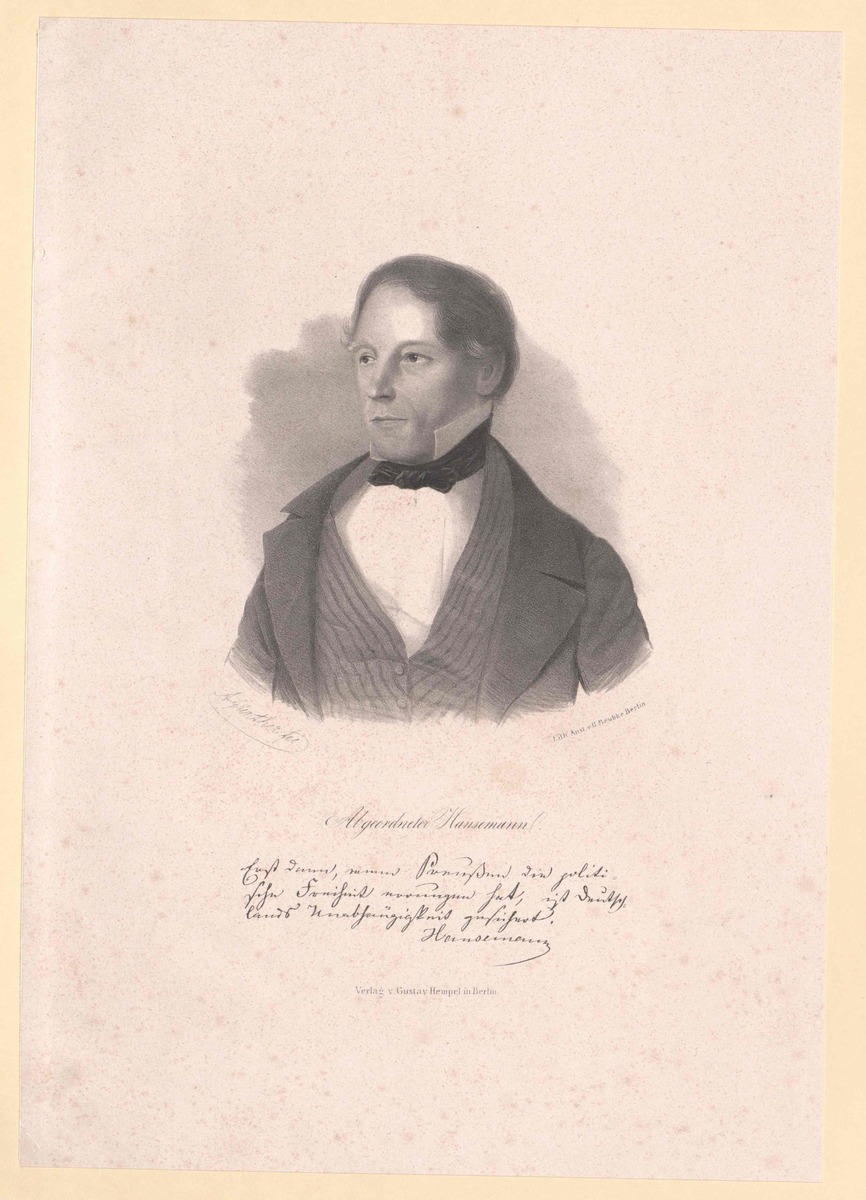 David Justus Ludwig Hansemann (no date), published in: German History in Documents and Images, <https://germanhistorydocs.org/en/from-vormaerz-to-prussian-dominance-1815-1866/ghdi:image-379> [February 02, 2023].
David Hansemann to Prussian Interior Minister Ernst von B...
The Barricades at Kronen- and Friedrichsstrasse (in Berli...