On March 18, 1848, it seemed as though the Prussian monarch, King Friedrich Wilhelm IV (1795–1861), would concede to popular demands for the withdrawal of Prussian troops called to Berlin to suppress revolutionary unrest, the convening of another United Landtag (state parliament), and the passing of a constitution. However, as citizens gathered in front of his Berlin palace to thank him, disputes once again erupted between the military and the crowd. The king ordered the army to clear the square. The soldiers fired, killing several people, and street fighting broke out. This idealized image, with its pyramidal composition accentuating the black, red, and gold flag planted at the center, features a cross-section of society: the bourgeoisie, workers, women, children, and students have come together to defend the barricades. The actual makeup of the crowds at the barricades was generally less balanced: for instance, most of the victims that day were craftsmen. In response to the uprising, the Prussian king agreed to withdraw his troops and appointed a liberal cabinet. For the time being, the revolution had triumphed in Prussia, too. Colored lithograph by F. G. Nordmann, 1848. 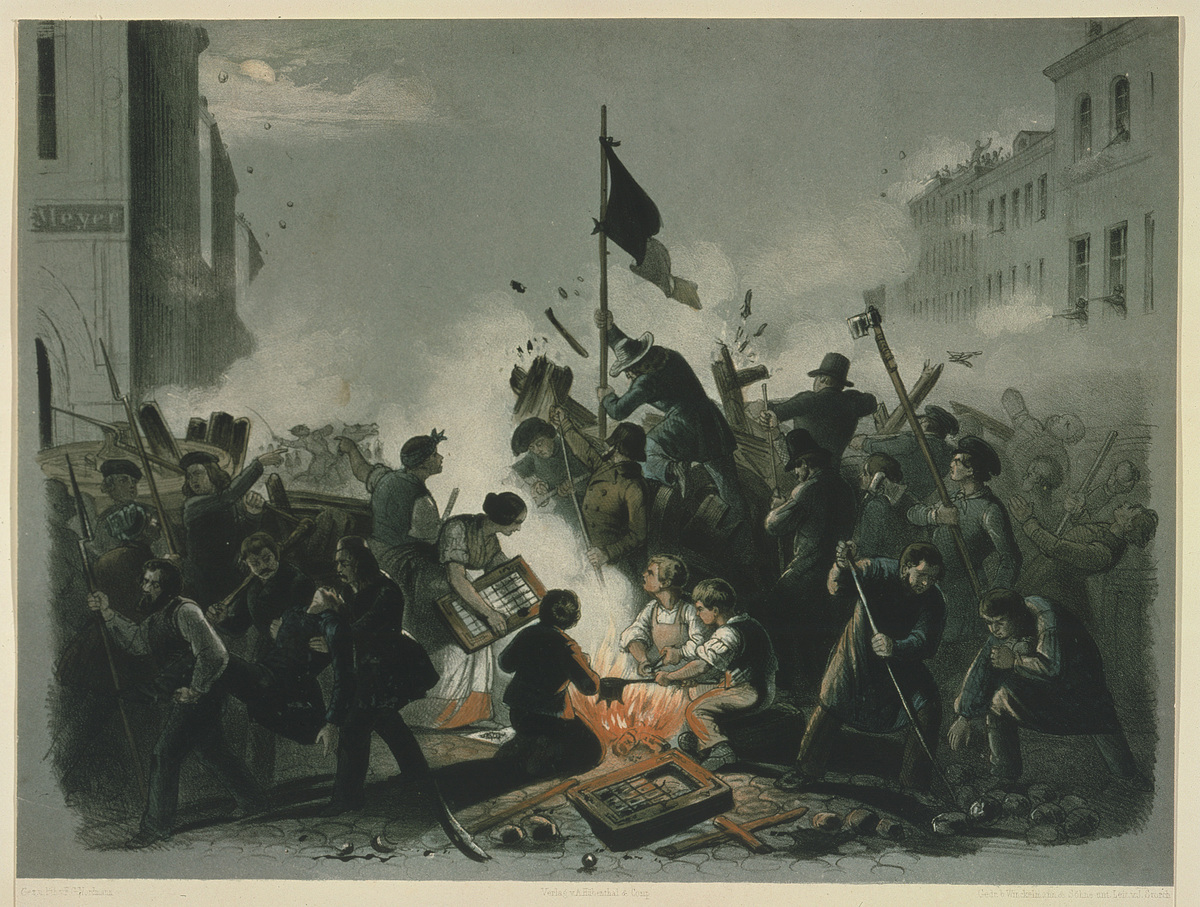 Source: bpk-Bildagentur, image number 00014879. For rights inquiries, please contact Art Resource at requests@artres.com (North America) or bpk-Bildagentur at kontakt@bpk-bildagentur.de (for all other countries).

The Barricades at Kronen- and Friedrichsstrasse (in Berlin) on March 18, 1848, as Seen by an Eyewitness (1848), published in: German History in Documents and Images, <https://germanhistorydocs.org/en/from-vormaerz-to-prussian-dominance-1815-1866/ghdi:image-2313> [December 01, 2022].
David Justus Ludwig Hansemann (no date)
Barricade Fighting in Front of the Cölln Town Hall on Bre...