The Alte Synagogue in Dresden by Architect Gottfried Semper (1840). Lithograph by Ludwig Thümling (1850)

This engraving by Ludwig Thümling was based on a photograph. It depicts what at the time was the New Synagogue in Dresden (built in 1840), designed by the noted German Protestant architect Gottfried Semper (1803–1879), who had also designed the new opera building in Dresden between 1837 and 1841 and would go on to contribute to the monumental buildings of Vienna’s Ringstrasse in the 1870s. In between, his career was derailed by his participation in the Revolutions of 1848–49, which led to his exile in France, Britain, and Switzerland thereafter. Semper helped introduce elements of both Romanesque church architecture and Moorish architecture to synagogue design in the second half of the nineteenth century. The tent-like roof bore connotations of the biblical tabernacle, while the interior borrowed Moorish Spanish elements that in part emphasized the Near Eastern origins of European Jewry in an early and colorful Orientalizing style and in part harked back to the era of the Convivencia among the Islamic, Jewish, and Christian religious communities in medieval Spain. One of Semper’s students, the Jewish architect Otto Simonson, would go on to build the new Reform synagogue in Leipzig (1855) in a more fully Moorish style. The Jewish community in Saxony had endured a particularly discriminatory legislative situation into the 1830s and were only given permission to construct a large public synagogue in 1834. Zacharias Frankel was rabbi in Dresden in this period; he was already noteworthy as one of the main proponents of a middle path between Reform and Orthodox positions. Semper’s Dresden synagogue was destroyed by the Nazis during the Kristallnacht pogroms of November 1938.

The Alte Synagogue in Dresden by Architect Gottfried Semper (1840). Lithograph by Ludwig Thümling (1850) 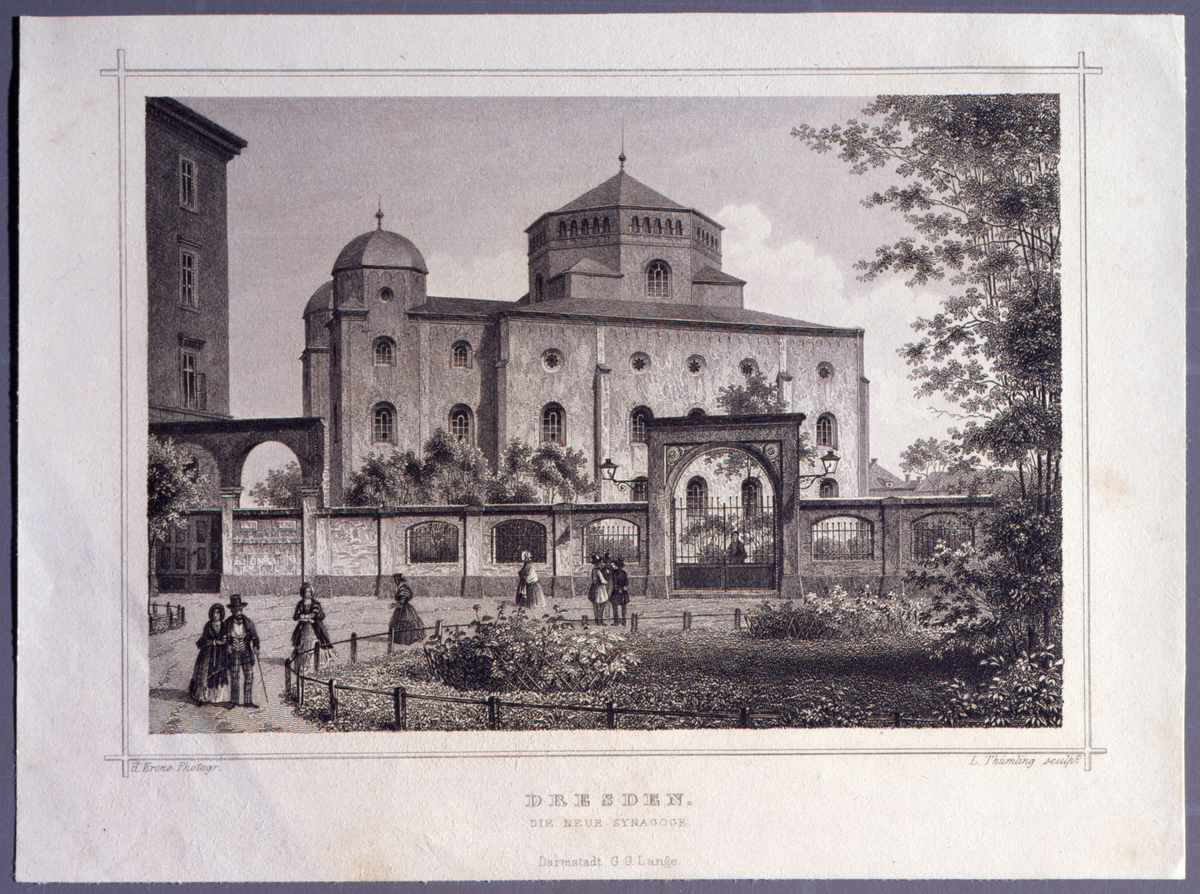