This portrait shows Leopold von Ranke (1795–1886), one of the most important German historians of the nineteenth century, several years after his ennoblement. In 1825, Ranke began teaching as a university professor in Berlin. During his tenure there, he changed the way history was written. Ranke endowed the discipline with a more scientific foundation by emphasizing the critical study of primary source documents—an approach that still forms the basis of historical research today. Ranke’s theory of historicism, on the other hand, is now considered obsolete. Ranke was a committed conservative; the national and liberal movements that spread through the German states in the first half of the nineteenth century were anathema to him. In Ranke’s view, the Prussian state had priority over a unified Germany. Painting by Julius Friedrich Anton Schrader, 1868. 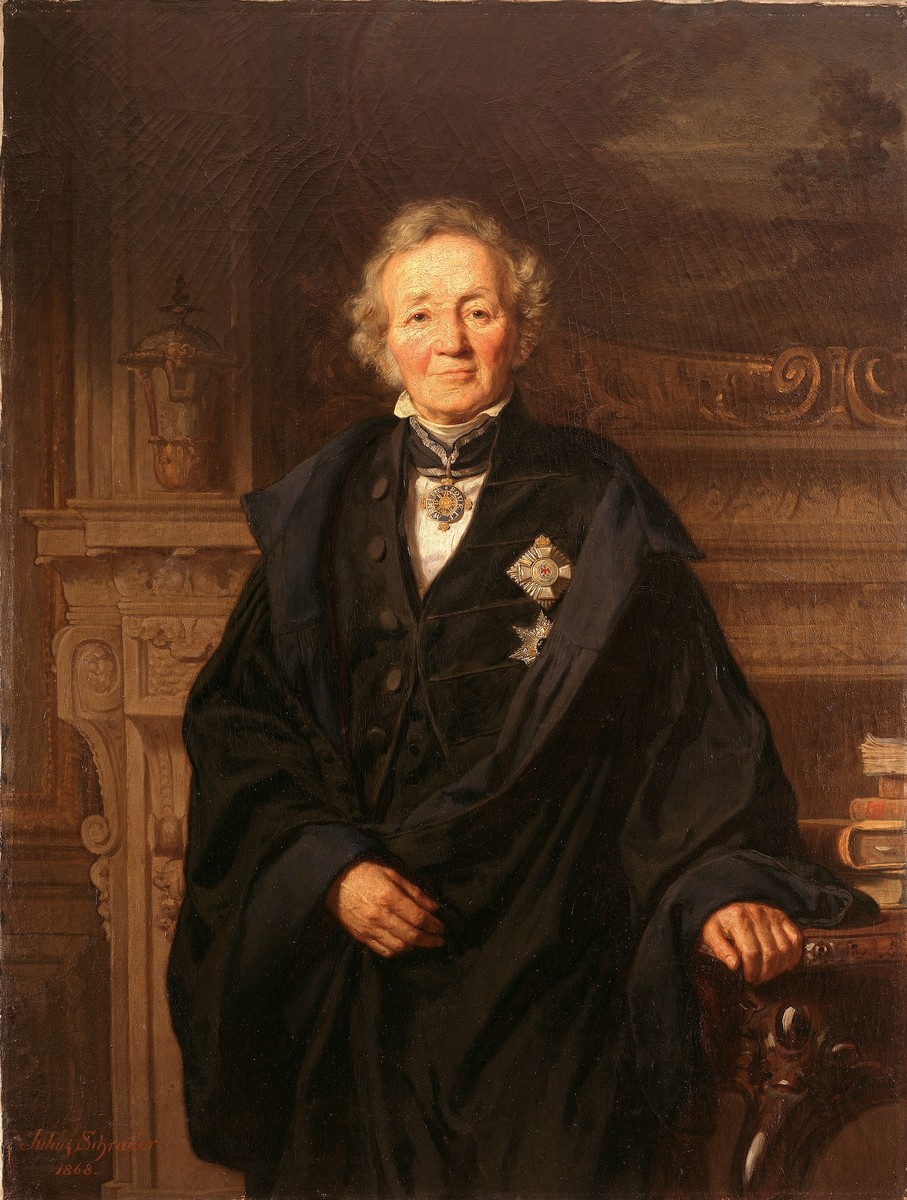 Reproduction: bpk-Bildagentur, image number 00003344. For rights inquiries, please contact Art Resource at requests@artres.com (North America) or bpk-Bildagentur at kontakt@bpk-bildagentur.de (for all other countries).