The Princess Charlott, the first Steamboat on the Spree (1816)

Following James Watt’s invention of the steam engine in the mid-eighteenth century, steam power was first put to use in maritime and river vessels in the early 1800s, roughly the same time it was first used in railway locomotives. In 1816, the Princess Charlott became the first steamboat to set sail on the Spree. Steamboats were more than a novel means to transport cargo; they were also a popular attraction, a point made clear by this lithograph, which shows a group on a recreational river outing. Berlin’s Bellevue Castle is visible in the background. The prominence of military officers onboard suggests that in the early days of steam power such outings were reserved for select circles. Colored lithograph, after a drawing by Friedrich August Calau (c. 1790–1830), 1816.

The Princess Charlott, the first Steamboat on the Spree (1816) 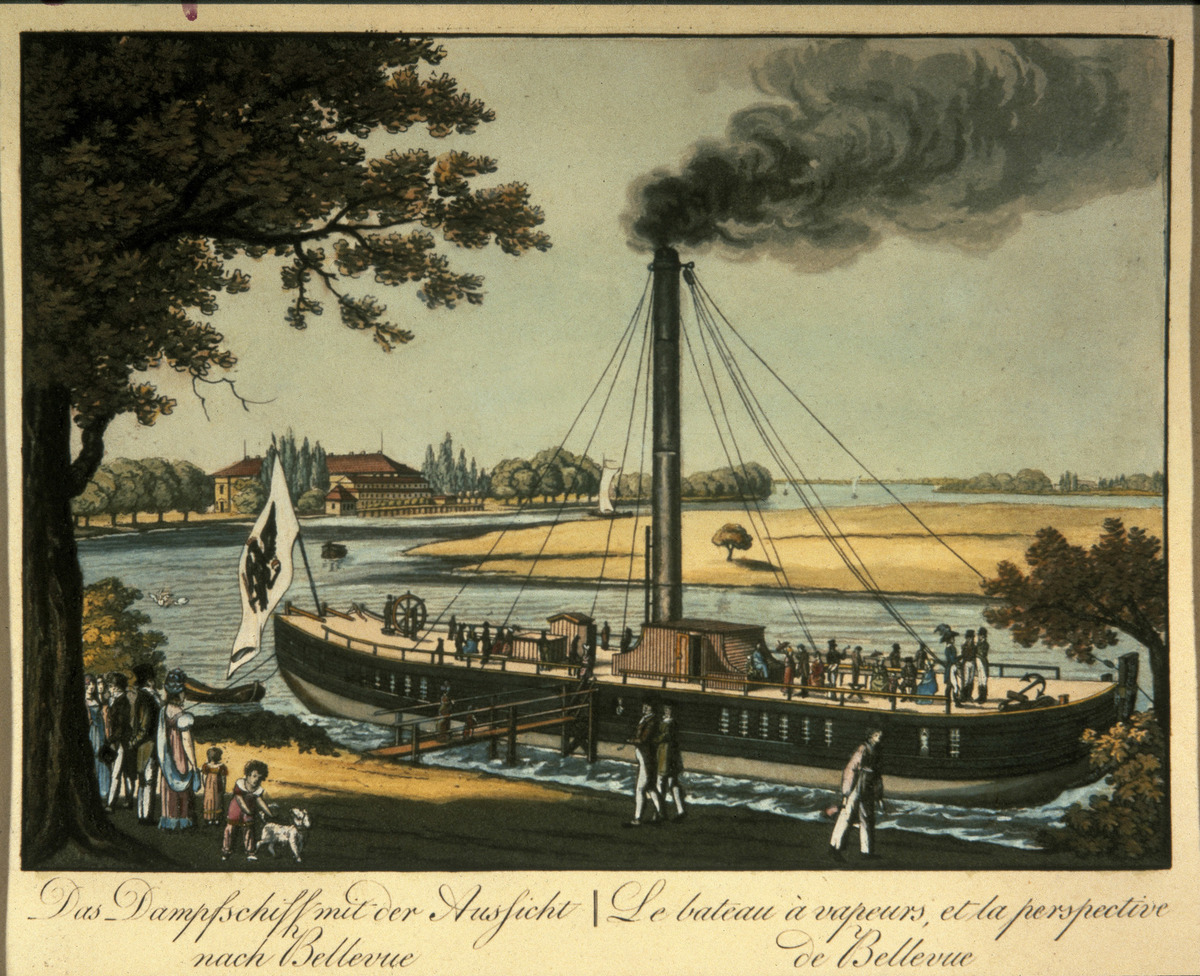 Source: bpk-Bildagentur, image number 00004797. For rights inquiries, please contact Art Resource at requests@artres.com (North America) or bpk-Bildagentur at kontakt@bpk-bildagentur.de (for all other countries).

The Princess Charlott, the first Steamboat on the Spree (1816), published in: German History in Documents and Images, <https://germanhistorydocs.org/en/from-vormaerz-to-prussian-dominance-1815-1866/ghdi:image-2236> [February 04, 2023].
Smugglers Disembarking at a River Bank (1830)