Tutoring for Bourgeois Children during the Biedermeier Era (c. 1820)

Starting in the late 18th century, a so-called Bildungsbürgertum—an educated middle-class—developed in the German states. This class defined itself more on the basis of education than material possessions. Members of this class were often employed as civil servants, at universities, or in the free professions. Mindful of how important their education was for their own careers, bourgeois parents placed tremendous emphasis on educating their children, particularly their sons. In certain cases, however, daughters were also given advanced educations. In the lithograph below, two boys work with a tutor, who patiently explains a lesson to them. The surroundings are suggestive of an educated household. Lithograph, c. 1820.

Tutoring for Bourgeois Children during the Biedermeier Era (c. 1820) 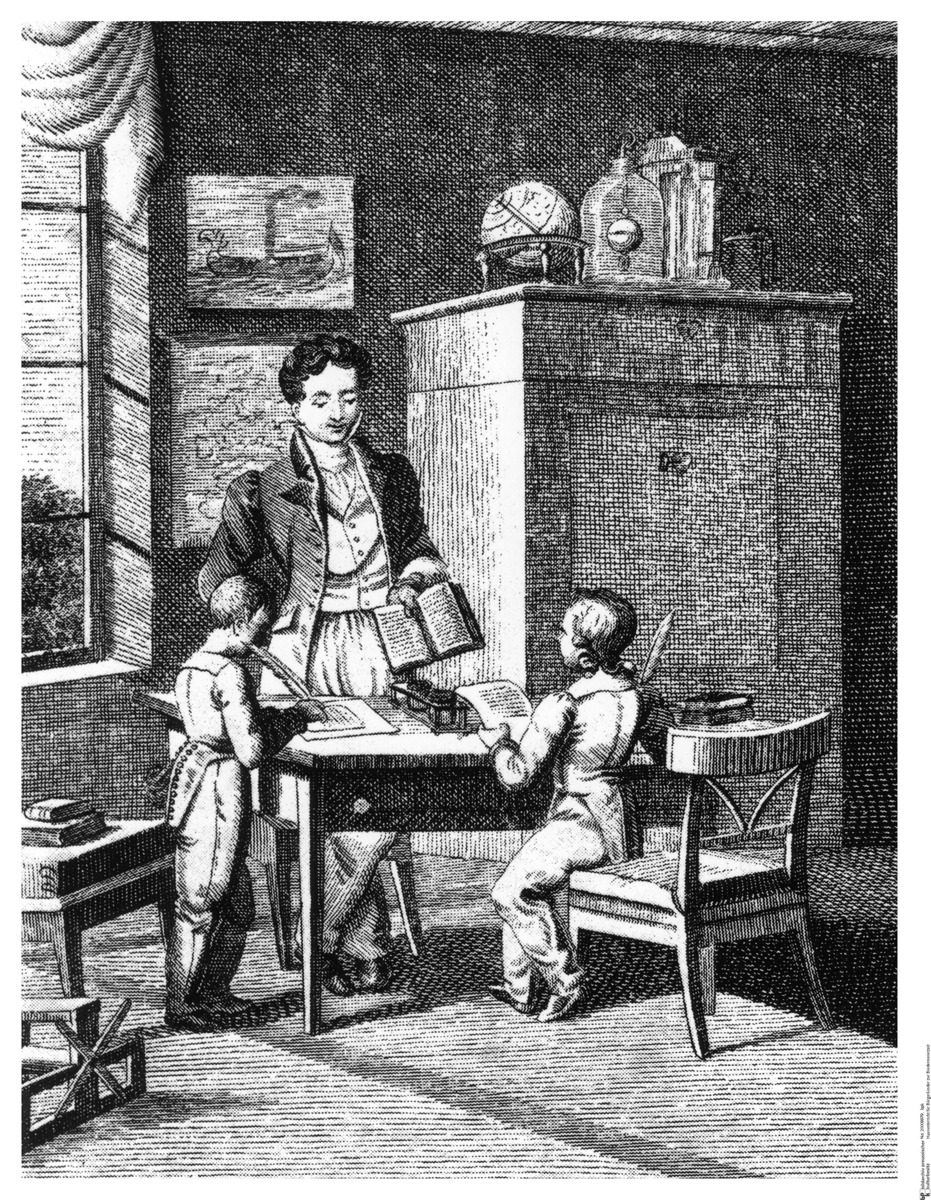 Source: bpk-Bildagentur, image number 20009979. For rights inquiries, please contact Art Resource at requests@artres.com (North America) or bpk-Bildagentur at kontakt@bpk-bildagentur.de (for all other countries)