Adolf Eichmann behind Bulletproof Glass during his Trial in Jerusalem (1961)

During the Third Reich, Adolf Eichmann (1906–1962) served as an SS Obersturmbannführer and as head of Department IV B 4 (Jewish Affairs and Evacuation) at the Reich Security Main Office [Reichssicherheitshauptamt or RSHA]. He wrote the protocol at the Wannsee Conference and played a significant role in the deportation of Jews during the implementation of the “Final Solution.” In May 1960, Eichmann, then living in Argentina under an assumed name, was kidnapped by Israeli intelligence and brought to Jerusalem to stand trial. The proceedings against him began on April 10, 1961. He was sentenced to death in December 1961 and executed on June 1, 1962. The Eichmann Trial received extensive press and television coverage and was followed by a large international audience. Along with the Einsatzgruppen Trial in Ulm in 1958, and the subsequent establishment of the “Central Office of State Legal Administrations for the Investigation of National Socialist Crimes” in Ludwigsburg, the Eichmann Trial marked an important step in West German society’s examination of the Nazi past. The First Frankfurt Auschwitz Trial (1963–65) was another significant step in this direction.

Adolf Eichmann behind Bulletproof Glass during his Trial in Jerusalem (1961) 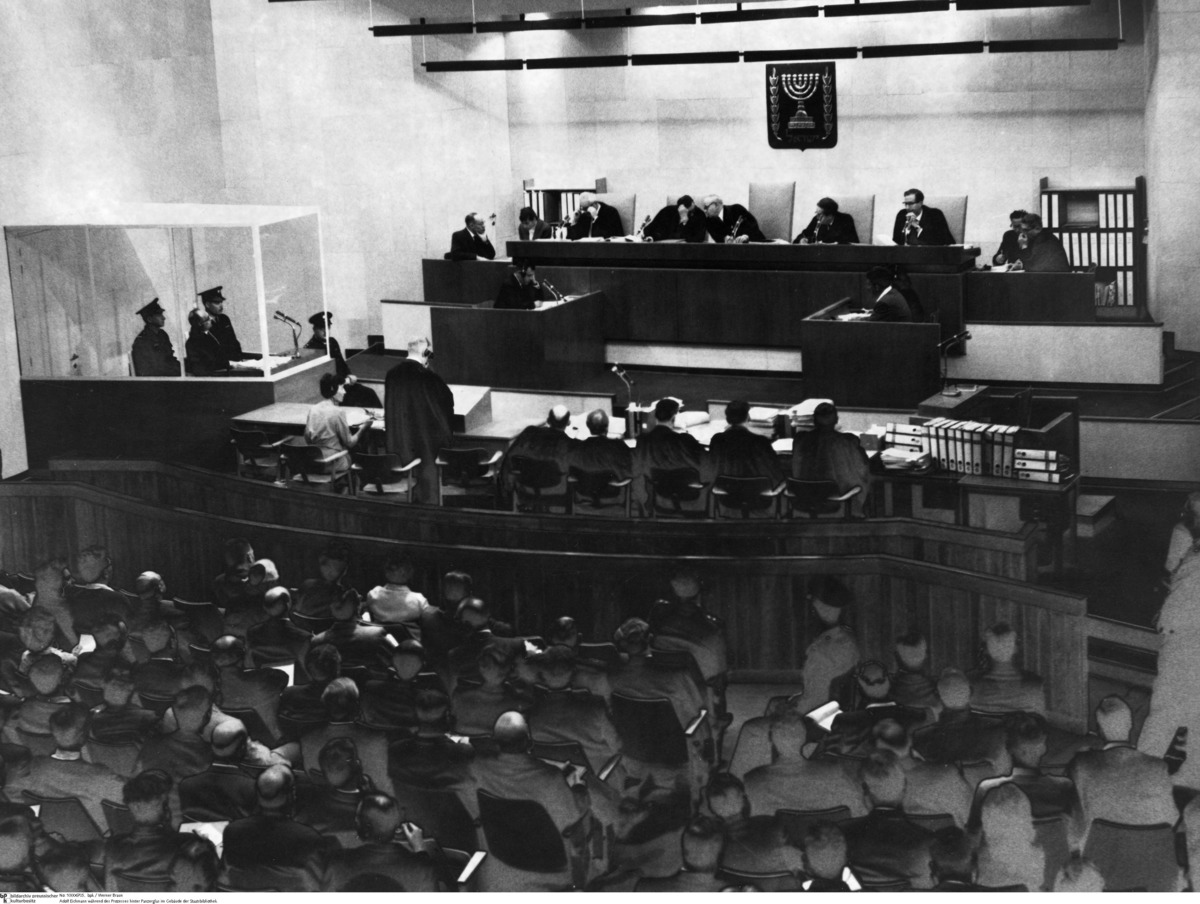 Adolf Eichmann behind Bulletproof Glass during his Trial in Jerusalem (1961), published in: German History in Documents and Images, <https://germanhistorydocs.org/en/two-germanies-1961-1989/ghdi:image-2493> [December 01, 2022].
Heinrich Böll at His Desk (c. 1960)
Official Opening of the Memorial at the Sachsenhausen Con...