By early March, the revolution seemed to have triumphed in Prussia as well. But after shots were fired accidentally on a peaceful crowd that had gathered in front of Prussian king Friedrich Wilhelm IV's palace to cheer his concessions to revolutionary demands, fierce street fighting returned to Berlin. Lithograph by Jab, 1848. 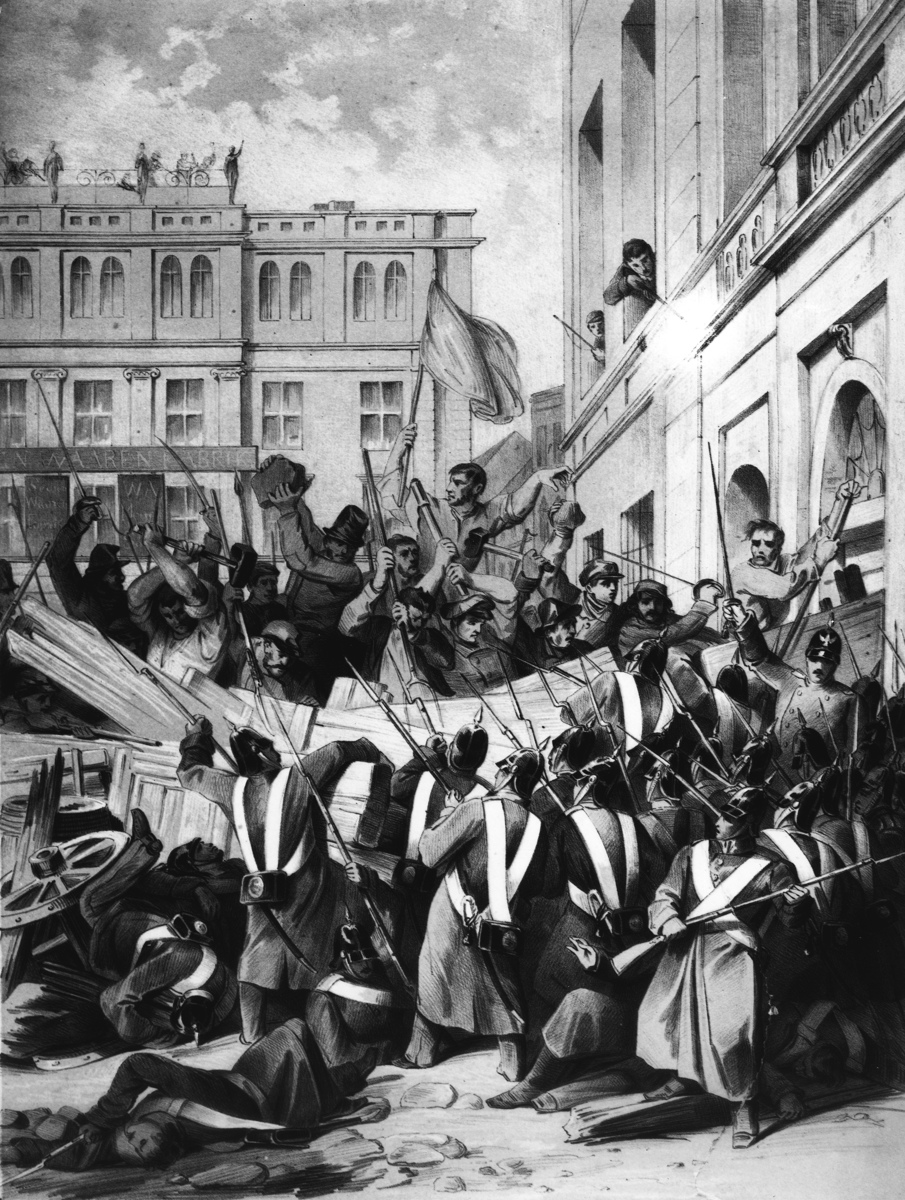 Source: bpk-Bildagentur, image number 30011242. For rights inquiries, please contact Art Resource at requests@artres.com (North America) or bpk-Bildagentur at kontakt@bpk-bildagentur.de (for all other countries).