On March 18, after protesters and the government had reached an apparent understanding, soldiers fired upon a crowd that had actually assembled to thank Prussian King Friedrich Wilhelm IV for making certain concessions. As a result, barricade fighting broke out in Berlin. This scene depicts the solemn burial procession on March 22 for the “fighters fallen for liberty.” Revolutionary militiamen served as pallbearers, and a repentant king also paid his respects to the victims. Lithograph from the Neuruppiner Bilderbogen, 1848. 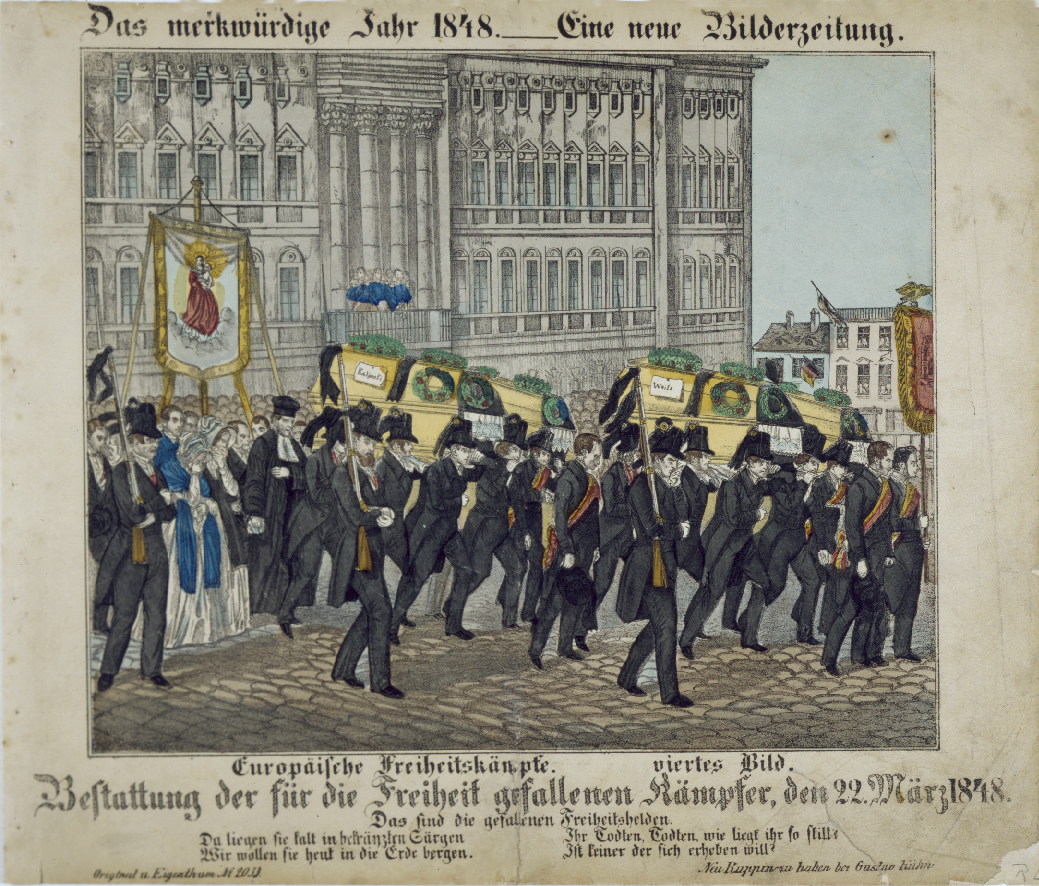