On March 18, 1848, a crowd formed in the square in front of Friedrich Wilhelm IV’s palace on Unter den Linden. Although the citizens had gathered to cheer the king for conceding to another United Landtag (state parliament), underlying discontent with the aristocratic Prussian military and its support of the monarchy led to a confrontation between civilians and soldiers. When some members of the crowd began to chant “Away with the military,” Friedrich Wilhelm IV ordered troops to clear the square. After two seemingly unplanned shots were fired by the soldiers, any good will the crowd had been feeling toward the Prussian king evaporated. Barricades were swiftly erected in the streets of Berlin, and fighting between soldiers and civilians ensued, lasting well into the night of March 19. This image shows citizens writing the words “National Property” [National Eigenthum] on the king’s palace. Ironically, this action may have saved the palace from being plundered by rioters. 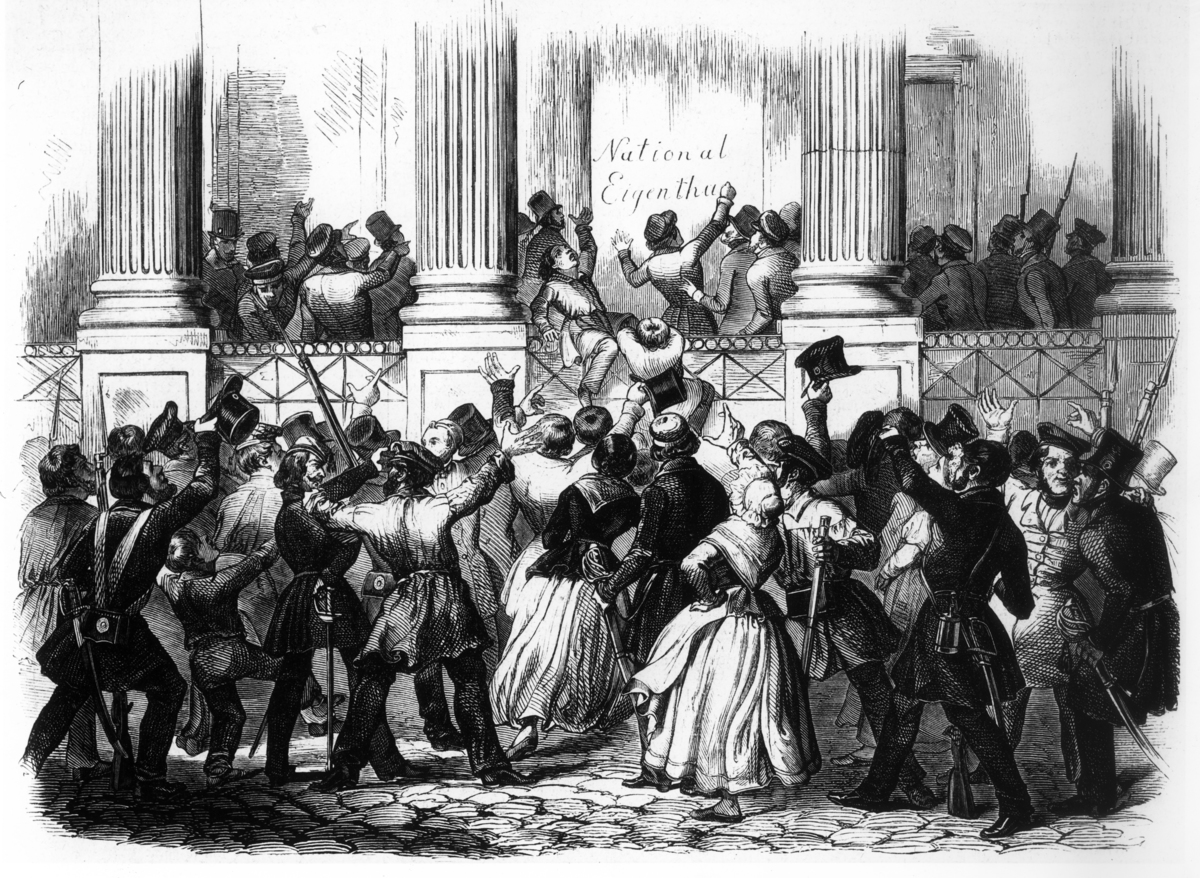 Source: bpk-Bildagentur, image number 30011241. For rights inquiries, please contact Art Resource at requests@artres.com (North America) or bpk-Bildagentur at kontakt@bpk-bildagentur.de (for all other countries).