Caption: “On the streets of his capital, His Majesty Friedrich Wilhelm IV, King of Prussia, proclaims the unity of the German nation.” After street fighting shook Berlin on March 18–19, 1848, King Friedrich Wilhelm IV gave in to the citizens’ revolt, promising to introduce various liberal reforms and to convene a Prussian National Parliament. Shown here in a Berlin parade on March 21, 1848, the king wears an arm band in the colors of the revolution (black, red, and gold) in order to demonstrate his supposed republican convictions. (These colors can also be seen in the flags of the revolutionaries.) On the next day, the king paid tribute to the “March dead,” those who had been killed in clashes with troops. The scene reproduced below, which shows citizens of Berlin cheering Friedrich Wilhelm IV, is a testimony to his great talent for influencing his subjects through skillful self-presentation and flattery. It was on account of this talent that public anger in the wake of the bloody skirmishes was directed less at him than his brother and successor, Prince Wilhelm (later the first German Kaiser). Known as an unwavering hardliner, the prince had to flee from the revolutionaries. Friedrich Wilhelm IV had absolutely no intention of transforming his monarchy into a republic or seeing Prussia absorbed into a unified Germany. As early as November 1848, conservative coup-attempts (mostly carried out by the military) were made against the liberal parliament. During the course of these attempts, revolutionaries were either imprisoned or fled. Lithograph by G. Kühn, Neuruppiner Bilderbogen, 1848. 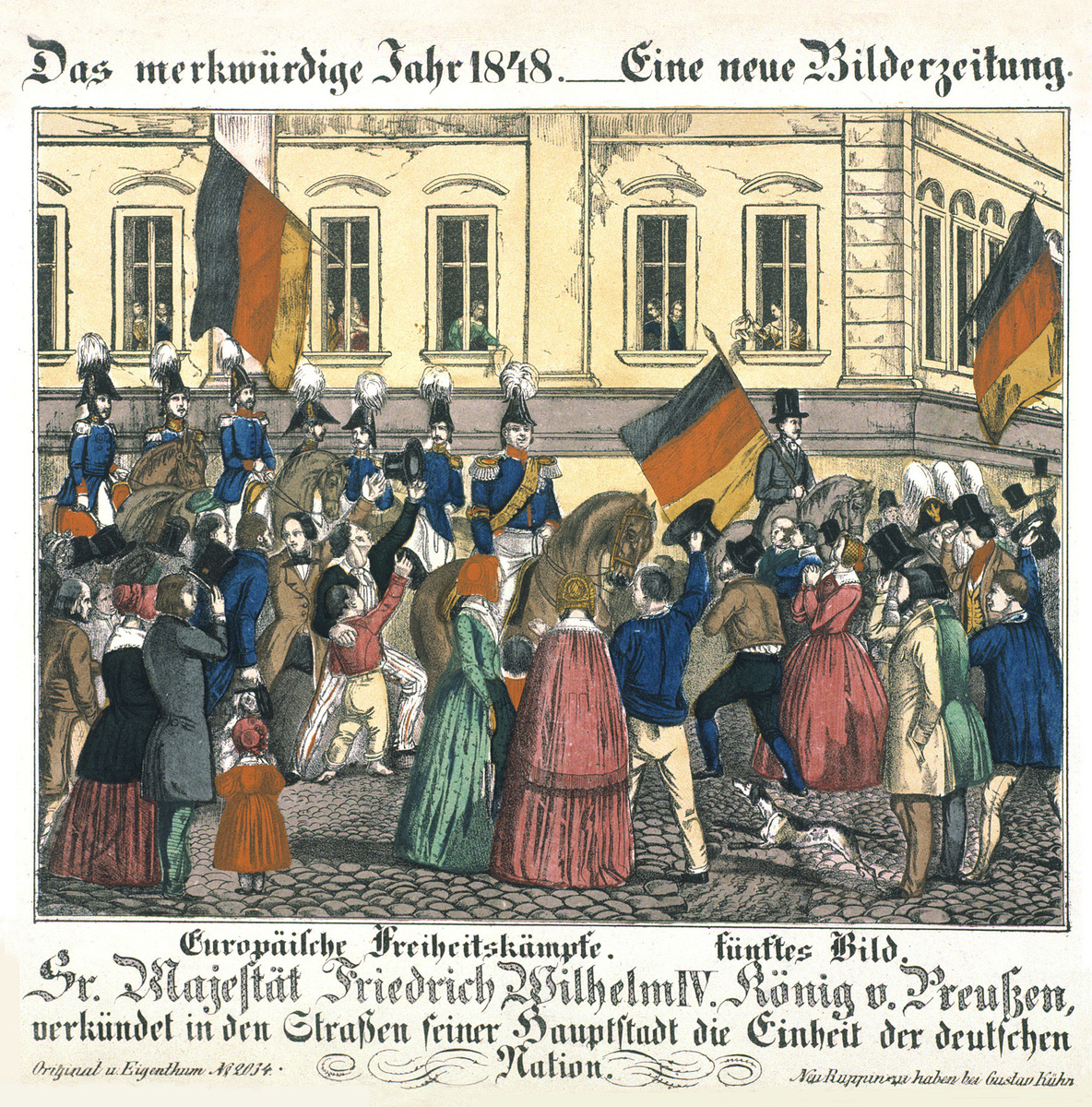 Source: bpk-Bildagentur, image number 00004481. For rights inquiries, please contact Art Resource at requests@artres.com (North America) or bpk-Bildagentur at kontakt@bpk-bildagentur.de (for all other countries).