Idealized representations of military life, such as this depiction of an encampment, helped anchor a certain picture of the military within the public consciousness. The military encampment shown here lacks any tangible signs of war, injury, adverse weather, or supply problems; instead, the focus appears to be on the camaraderie of camp life, with soldiers preparing food around the campfire and officers engaged in conversation. The Neuruppiner Bilderbogen was among the most popular illustrated broadsheets in nineteenth-century Germany. A precursor to the modern comic, the broadsheet served to popularize historical and contemporary themes. Print from the Neuruppiner Bilderbogen, 1848. 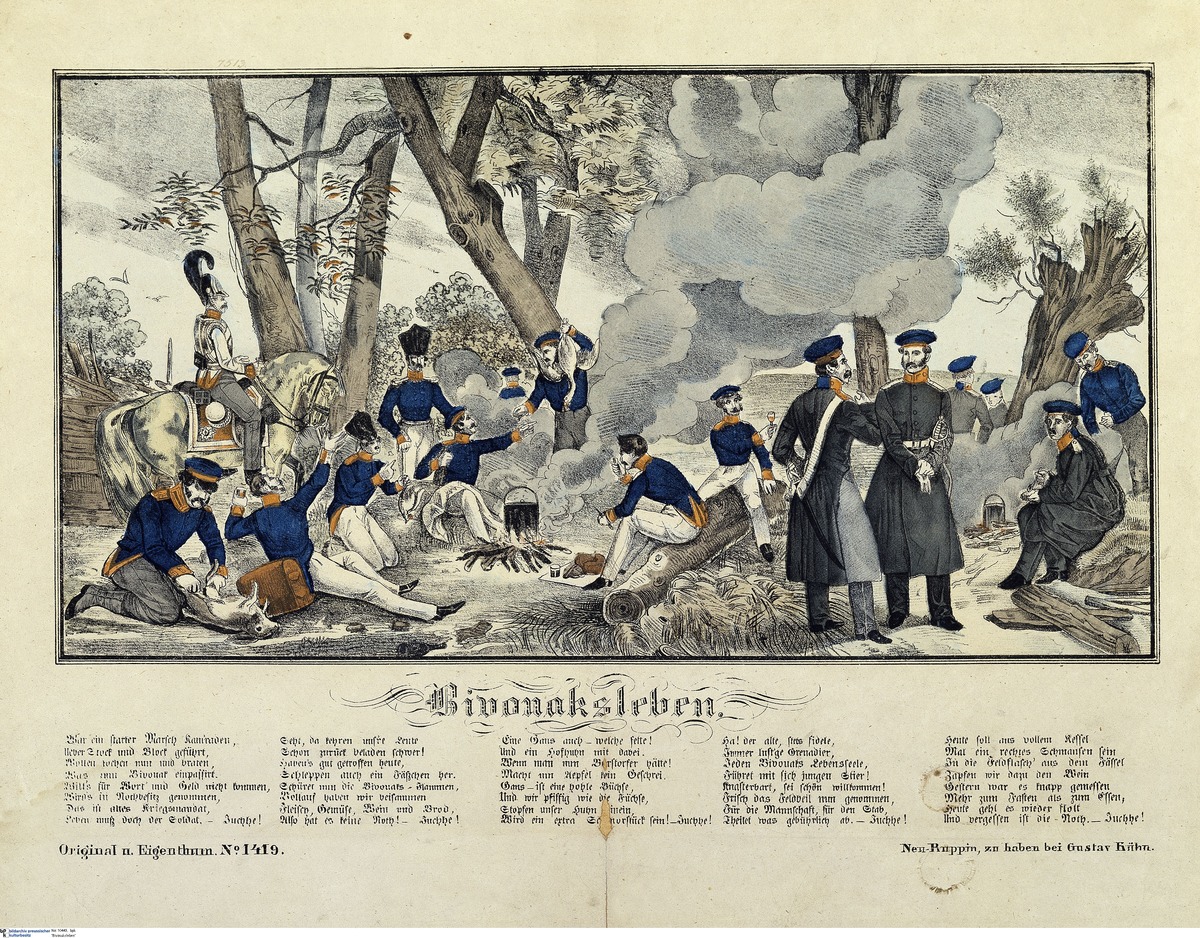 Source: bpk-Bildagentur, image number 00010443. For rights inquiries, please contact Art Resource at requests@artres.com (North America) or bpk-Bildagentur at kontakt@bpk-bildagentur.de (for all other countries).