The German entrepreneur, philosopher, and economist Friedrich Engels (1820–1895) was interested in economic and social issues well before he met Karl Marx (1818–1883) in 1844 and initiated a lifelong intellectual collaboration with him. His early critiques of industrial capitalism and working conditions, which he observed first-hand after joining a branch of his father’s textile business in Manchester, and the insights he gleaned from early English socialists and Chartists formed the basis for Engels’ lifelong commitment to revolutionary communism. Insofar as Marx was the dominant figure within the socialist movement until his death in 1883, Engels has often been considered the mere sponsor and assistant to socialism’s leading thinker. It is important to note, however, that Engels published numerous influential works, including as The Condition of the Working Class in England (1845) and The Origin of the Family, Private Property, and the State (1884). Photographer unknown, c. 1862. 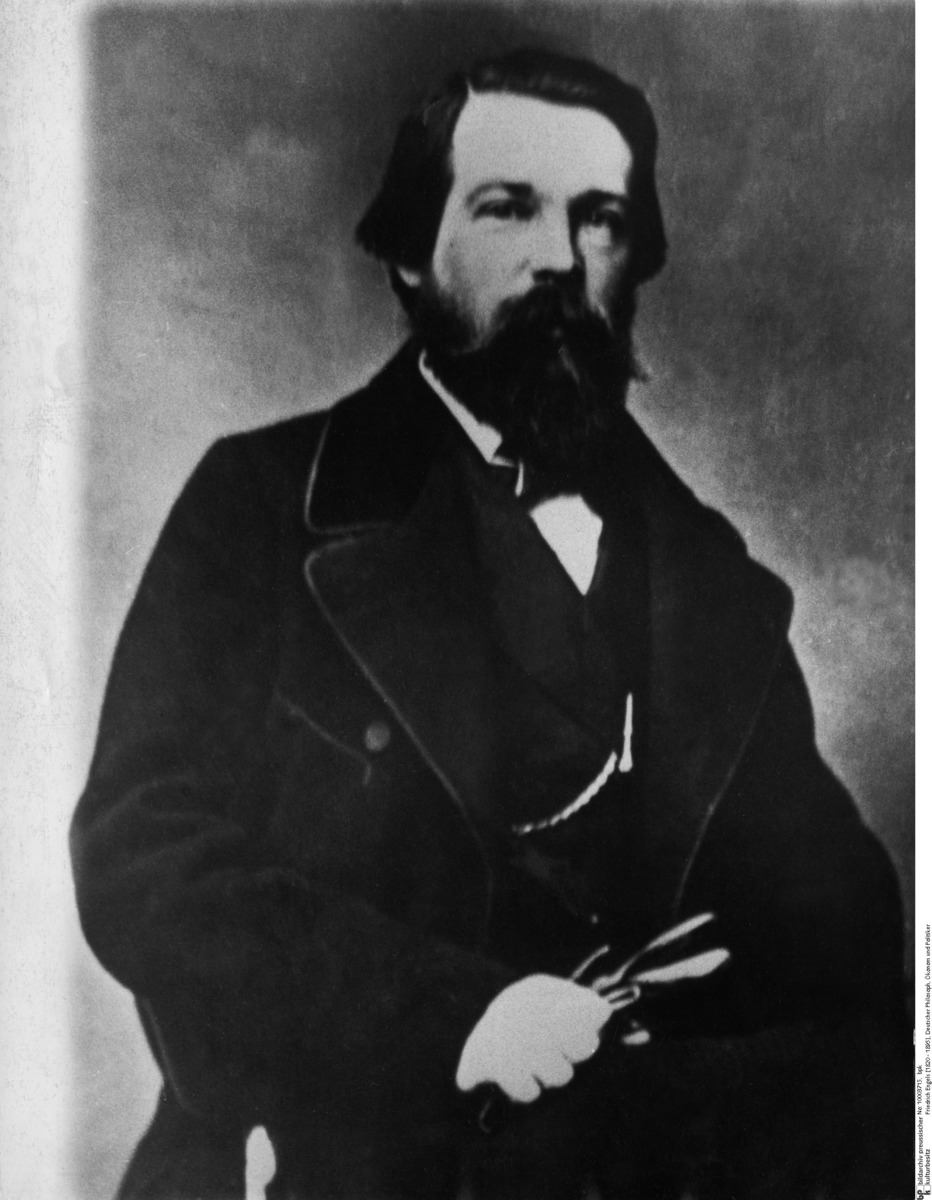 Source: bpk-Bildagentur, image number 10003715. For rights inquiries, please contact Art Resource at requests@artres.com (North America) or bpk-Bildagentur at kontakt@bpk-bildagentur.de (for all other countries).