In its theoretical and aesthetic concerns, German Romanticism differed markedly from its French and British counterparts. One common theme, however, united much European artistic production during the Romantic era: a fervent commitment to political expression (think, for example, of Delacroix’s or Byron’s championing of Turkish independence or Gericault’s controversial Raft of the Medusa). Starting in the late 1700s, painters increasingly looked to contemporary history for their subject matter. In 1815, Prussia was just emerging from a period of great upheaval. The Wars of Liberation against Napoleon were coming to an end, and hopes for a German national rebirth were running high. Georg Friedrich Kersting’s (1785–1847) painting, On Outpost Duty, depicts the figures most symbolic of those hopes—the liberation fighters [Freiheitskrieger]. Germany’s version of the Minuteman, the Freiheitskrieger were members of a volunteer militia that fought at its own expense against French rule. Like Kersting, the three men portrayed here were volunteers in the Lützow Free Corps. The painting shows, from left to right, the law student Heinrich Hartmann; Karl Friedrich Friesen, one of the founders of the German gymnastics movement [Turnbewegung]; and the poet and dramatist Theodor Körner. Kersting's painting, which dates from 1815, was done in memory of his fallen friends, all of whom died during the fighting of 1813–14. Whereas a French painter might have portrayed the three in a whirlwind of heroic action, Kersting chose a quiet moment much closer in tone to his Biedermeier interiors. A few years later, as it became increasingly clear that the patriotic movement had failed to produce the desired political reforms, Kersting’s friend Caspar David Friedrich portrayed veteran Freiheitskrieger, endowing them with all the melancholy and loss of a disappointed generation. 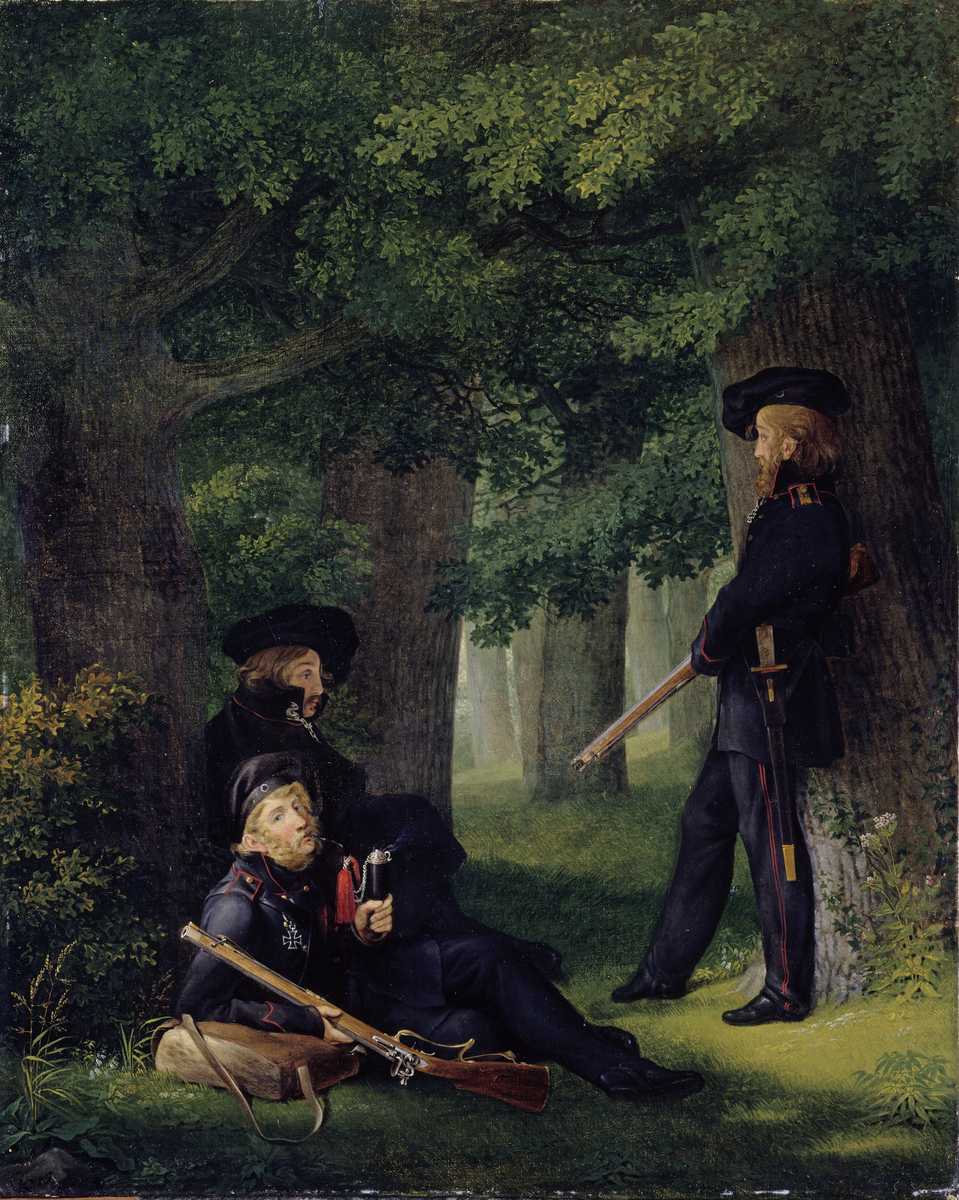 Reproduction: bpk-Bildagentur, image number 00028706. For rights inquiries, please contact Art Resource at requests@artres.com (North America) or bpk-Bildagentur at kontakt@bpk-bildagentur.de (for all other countries).