This image shows the new synagogue in Kassel (built in 1839). It was designed by Albrecht Rosengarten (1809–1893), who may have been the first practicing German-Jewish architect. The building of the new synagogue had been preceded by decades of negotiation. One of the final sticking points had been that the Landgrave (and later Elector) of Hesse-Kassel desired an Egyptian architectural style for the Jewish house of worship, whereas the Jewish community rejected both the historic association with polytheistic ancient Egypt and the related implication that German Jews were more an Oriental people than European and German. By opting for a Byzantine style, Rosengarten offered a compromise or a way out of the impasse: Byzantine church architecture gestured to the “Eastern” origins of the Greek portion of the Roman Empire while remaining thoroughly European. The synagogue’s round arches were evocative of Romanesque style, with its German and Central European roots, and thereby underscored the “Germanness” of Kassel’s Jewish community. The choice of perspective, background, and staffage in Conrad Loewer’s lithograph of Rosengarten’s synagogue is also noteworthy, from the array of figures and the various trees to the church spire in the background. 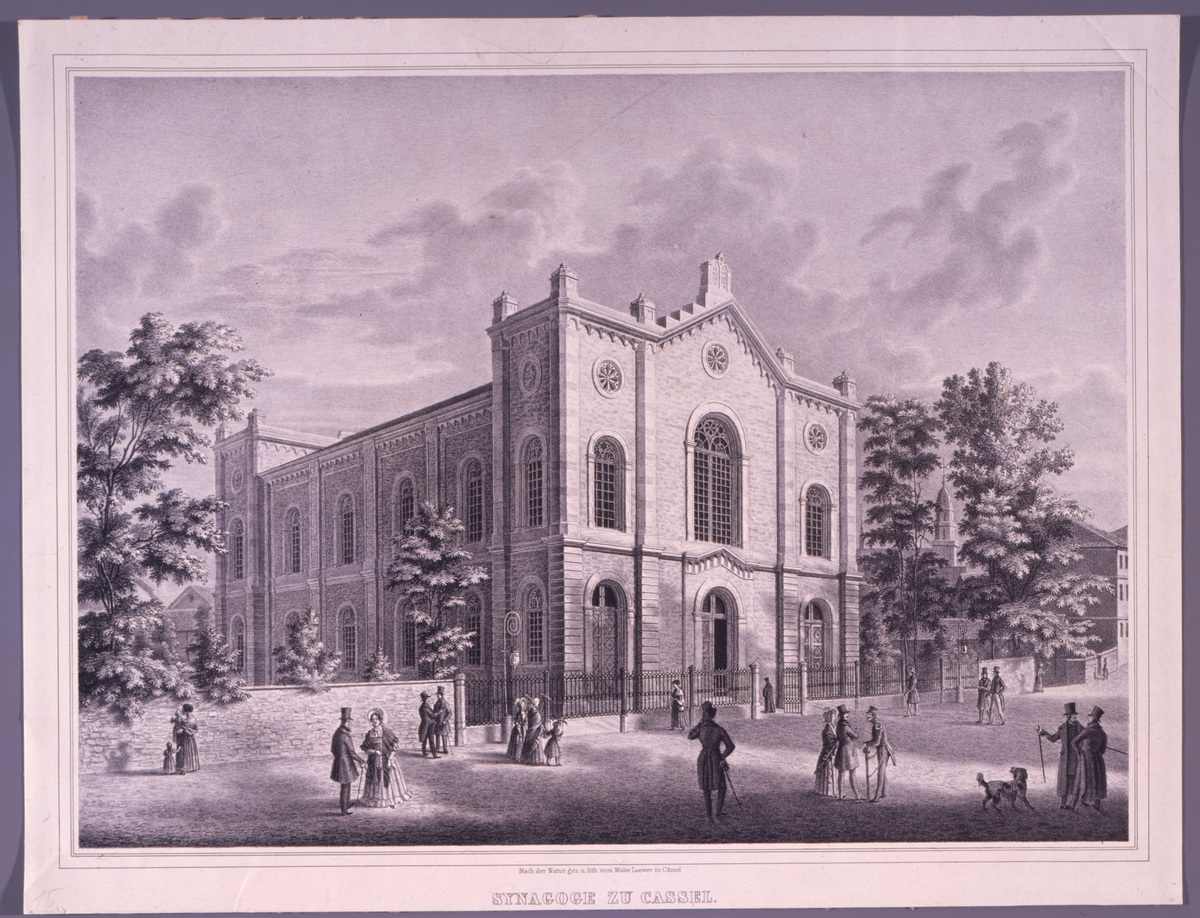