On March 23, 1819, the student Karl Ludwig Sand (1795–1820) murdered the dramatist and conservative politician August von Kotzebue (born 1761), who had made disparaging remarks about national-democratic student fraternities in his weekly, Literarische Wochenblatt. This event, depicted below in a supplement to the Jena fraternity's Bundeslied, gave Austrian chancellor Prince Clemens von Metternich (1773–1859) and the German princes a welcome reason to pass the Carlsbad Decrees, which aimed at persecuting the representatives of the national and democratic movement in Germany, including former anti-Napoleonic fighters. Contemporary lithograph. 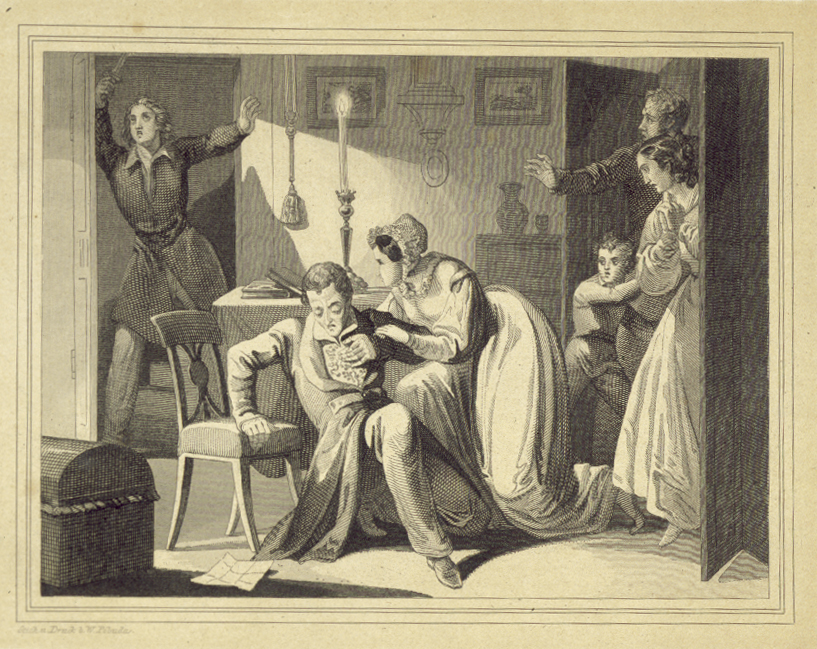