“The Thinkers’ Club”: Restrictions on the Press and Free Expression (1819)

Contemporary lithograph mocking the new restrictions on the press and free expression. The sign on the wall behind the table reads: “Important question to be considered in today's meeting: How long will we be allowed to think?” The sign in the upper-right corner lists the rules of the Thinkers' Club: “I. The president opens the meeting at precisely 8 a.m./ II. The first rule of a learned society is silence./ III. So that no member, having made full use of his tongue, will end up in prison, muzzles will be distributed upon entry./ IV. The object of discussion, which through mature reflection should be thoroughly discussed at each meeting, will be clearly written in capital letters on a board. [ . . . ] ”

The caricature refers to the Carlsbad Decrees, which were implemented at the behest of Prince Clemens von Metternich (1773–1859). The decrees suppressed national-democratic student fraternities and imposed tight restrictions on freedom of expression.

“The Thinkers’ Club”: Restrictions on the Press and Free Expression (1819) 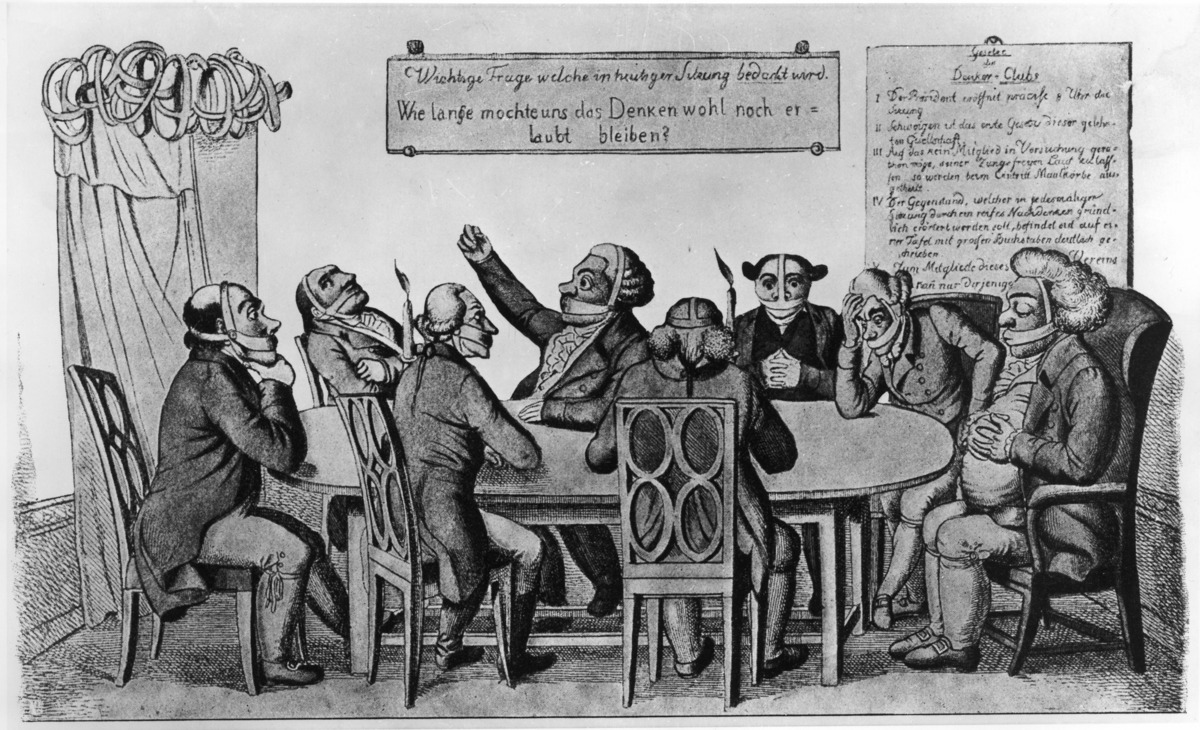 Source: bpk-Bildagentur, image number 30011250. For rights inquiries, please contact Art Resource at requests@artres.com (North America) or bpk-Bildagentur at kontakt@bpk-bildagentur.de (for all other countries).