On March 23, 1819, Karl Ludwig Sand (1795–1820) murdered the dramatist and conservative politician August von Kotzebue (born 1761), who had made disparaging remarks about national-democratic student fraternities in his weekly, Literarisches Wochenblatt. Sand, a student of theology and a member of the first German student fraternity (founded in Jena in 1815), subsequently justified his deed by portraying Kotzebue as a spy in service to the Russian tsar, a reactionary, and an enemy of academic freedom. Sand was tried and sentenced to death by decapitation. The sympathetic depiction reproduced below shows Sand (right) shortly before his execution in Mannheim on May 20, 1820. Standing on the scaffold next to his executioner and the executioner’s assistant, Sand declaims unwaveringly, “My trust is in God!” Remarkably, a large military contingent in the background has been called in to stand guard at the public execution, a precaution taken on account of the tense political situation at the time. After all, Kotzebue’s murder had given Austrian Chancellor Prince Clemens von Metternich (1773–1859) and the German princes a welcome reason to pass the Carlsbad Decrees, which aimed at persecuting the representatives of the national and democratic movement in Germany, including former anti-Napoleonic fighters. Etching by an unknown artist, c. 1820. 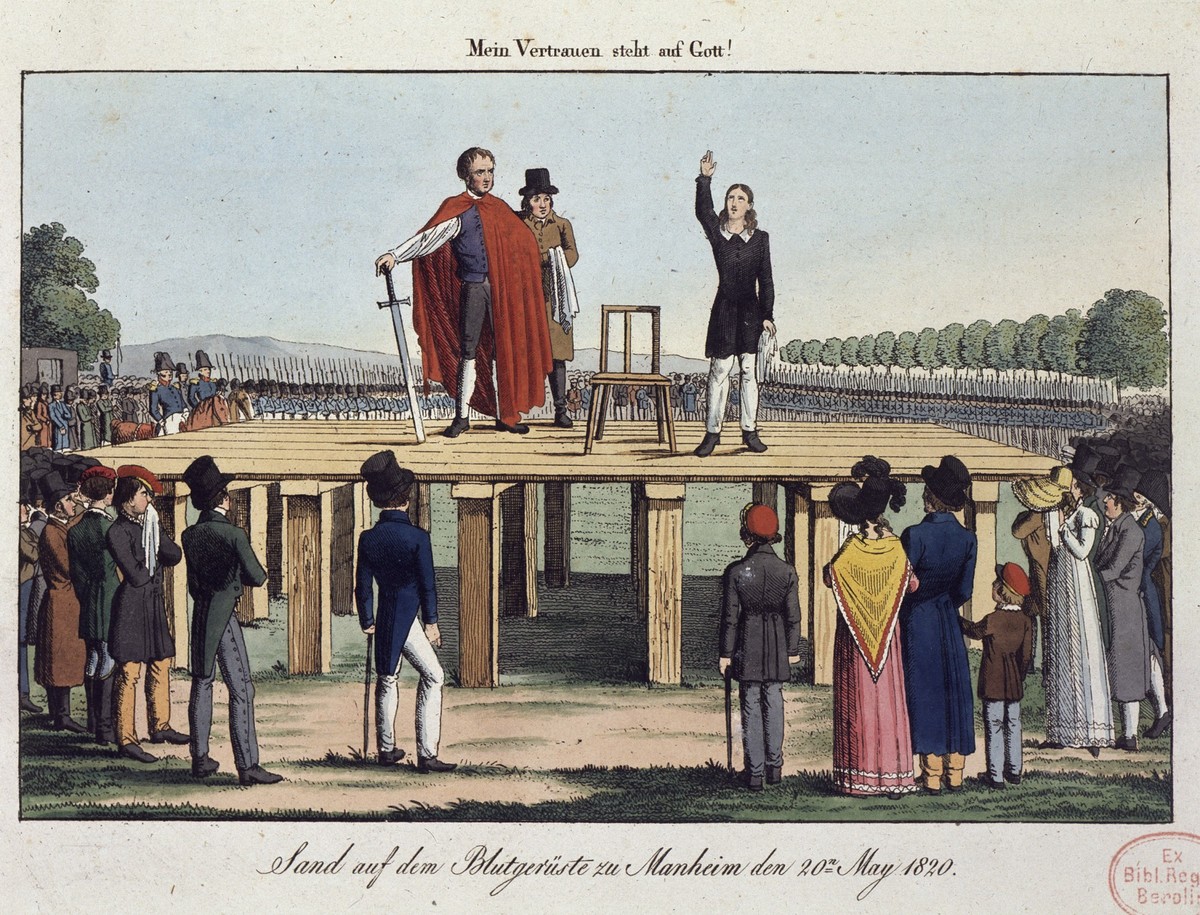 Source: bpk-Bildagentur, image number 00004711. For rights inquiries, please contact Art Resource at requests@artres.com (North America) or bpk-Bildagentur at kontakt@bpk-bildagentur.de (for all other countries).