Anton Kothgasser (1769–1851) was a porcelain and glass decorator in Vienna, and one of the most proficient practitioners of the new art of enamel painting on clear glass, whether of floral compositions, cityscapes, or cupids and other mythological or allegorical figures. Particularly around the time of the final wars against Napoleon and the subsequent Congress of Vienna, Kothgasser and other glass painters celebrated victorious rulers and military leaders with commemorative portraits, much as they were commemorated in medallions, music, and other media as well. Celebratory prints, sold in considerably greater numbers and for lower prices, often served as the model for portrayals on glass. Here we see Kothgasser’s depiction of Austrian Field Marshal Karl Philipp Prince Schwarzenberg (1771–1820), who held overall command of Allied military operations against the French armies during the campaigns of 1813–15. The gilt-rimmed beaker features a lozenge portrait of a uniformed and much-decorated Schwarzenberg surrounded by oak leaves, a symbol of military glory and perhaps also of German patriotism at the time of the liberation of the German states from French supremacy and occupation. 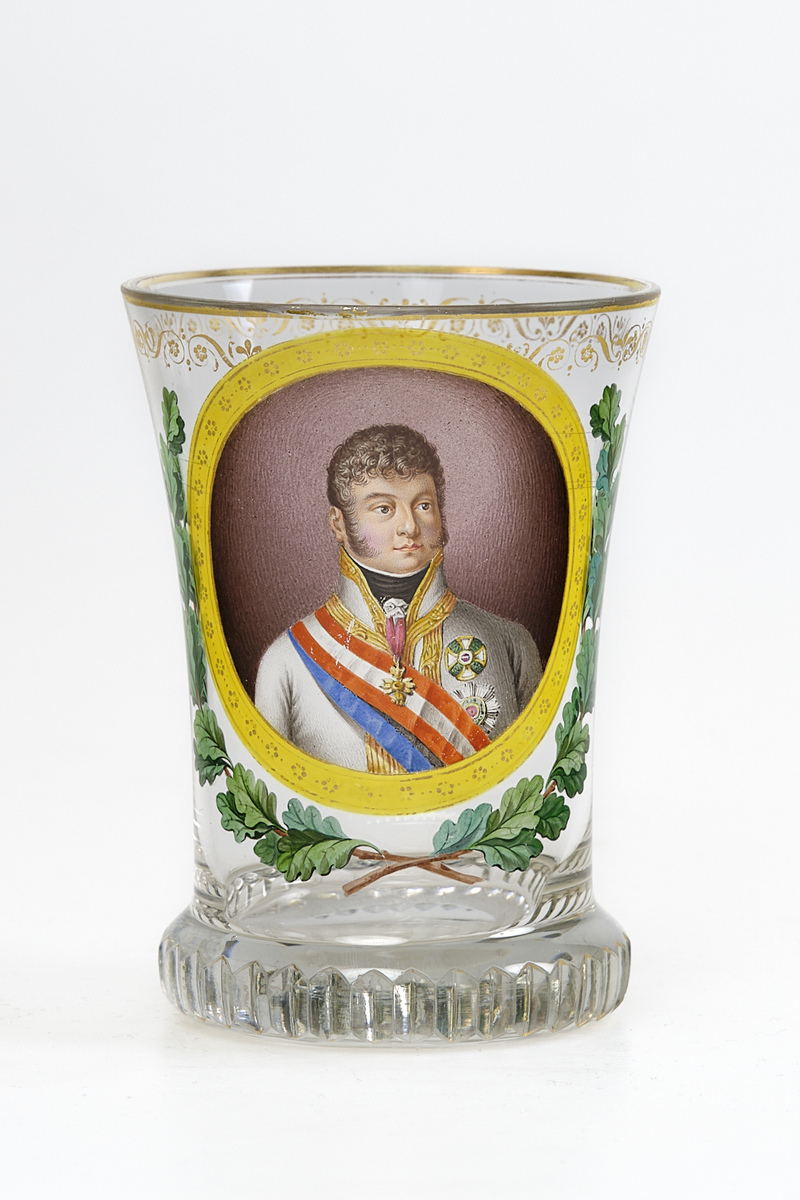