The Last Judgment by Peter Cornelius (1783–1867) is the last in a series of important fresco decorations commissioned by Crown Prince Ludwig of Bavaria, the artist’s leading patron during the 1820s. Like many of his era, Ludwig shared the romantic belief that art had the power—and the responsibility—to edify the people, drive historical development, and illustrate the greatness of the Germanic spirit. Ludwig’s ambitious cultural projects included the Glyptothek (a classical building housing ancient sculptures), the Pinakothek (a Renaissance-style gallery for painting), and the Ludwigskirche (a church whose stylistic debt to Byzantine and Romanesque forms referenced the perceived spiritual purity of the pre-modern age). Cornelius painted appropriate fresco cycles for each of these Munich buildings. As a member of the Brotherhood of St. Luke (the “Nazarenes”), Cornelius was inspired by the example of the Middle Ages, which he regarded as a period of unmatched faith and community. Still, his evident love of monumental forms, particularly the muscular works of Michelangelo, makes clear that, even for the Nazarenes—with all their theoretical striving for medieval primitivism—the Neoclassical heritage of the Renaissance and the Enlightenment continued to inform the most romantic artistic sensibilities. 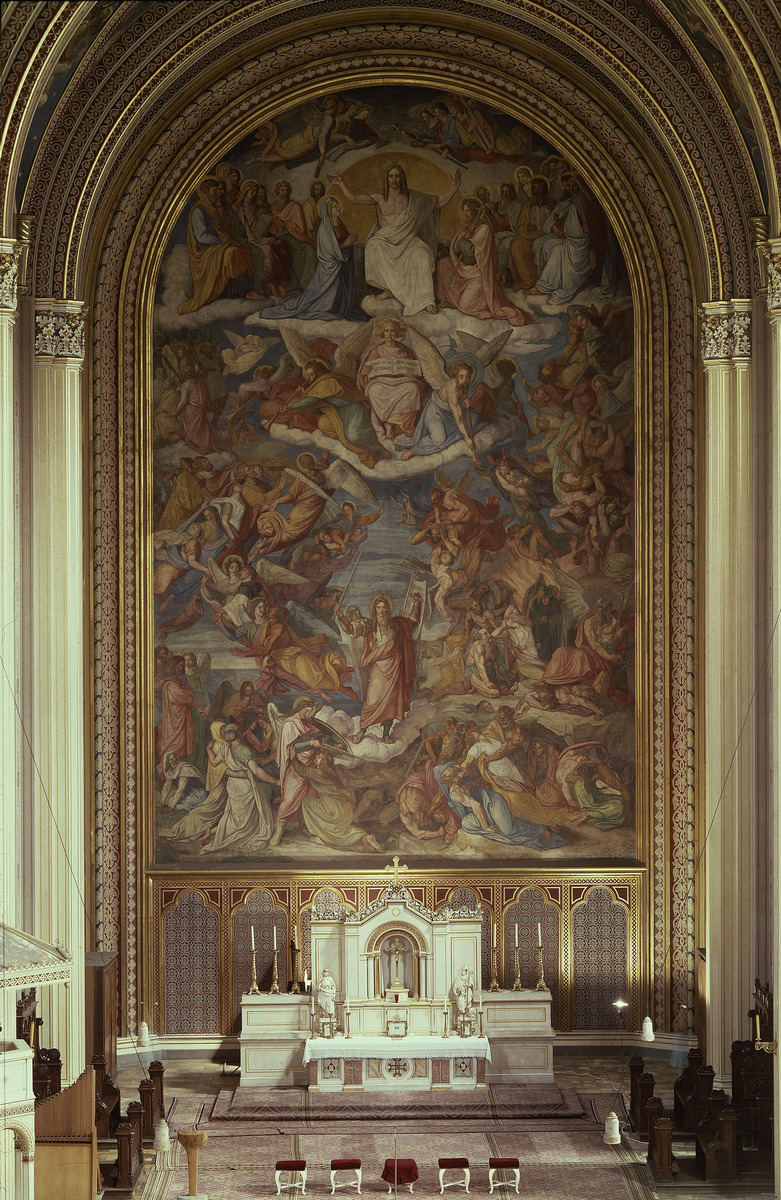 Source: bpk-Bildagentur, image number 00002656. For rights inquiries, please contact Art Resource at requests@artres.com (North America) or bpk-Bildagentur at kontakt@bpk-bildagentur.de (for all other countries).