This is perhaps the most iconic painting of the Biedermeier period. Carl Spitzweg (1808–1885), a pharmacist by trade, was himself a scion of the bourgeois class, whose stolid, sober values his work both catered to and subtly undermined. Shown in his humble garret, Spitzweg’s poor poet interrupts his lofty thoughts for a moment to examine a flea plucked from his clothing or meager bedding. The only source of heat in the room is the oven fire, presumably fueled by the poet’s own manuscripts. Spitzweg’s depiction of the poet pokes fun at the romantic cliché of the artist as an otherworldly genius who must suffer for his art. A similar sentiment can be seen in the young Adolph Menzel’s illustrations (1833) for Goethe’s poem “The Artist’s Earthly Pilgrimage.” Spitweg’s anecdotal, humorous realism was gentler than the biting political satire of Johann Nepomuk Nestroy or the dark irony of E. T. A. Hoffmann. Still, it testifies to a general mid-century unease with the extremes of romantic idealization. Painting, oil on canvas by Carl Spitzweg (1808–1885), 1839. 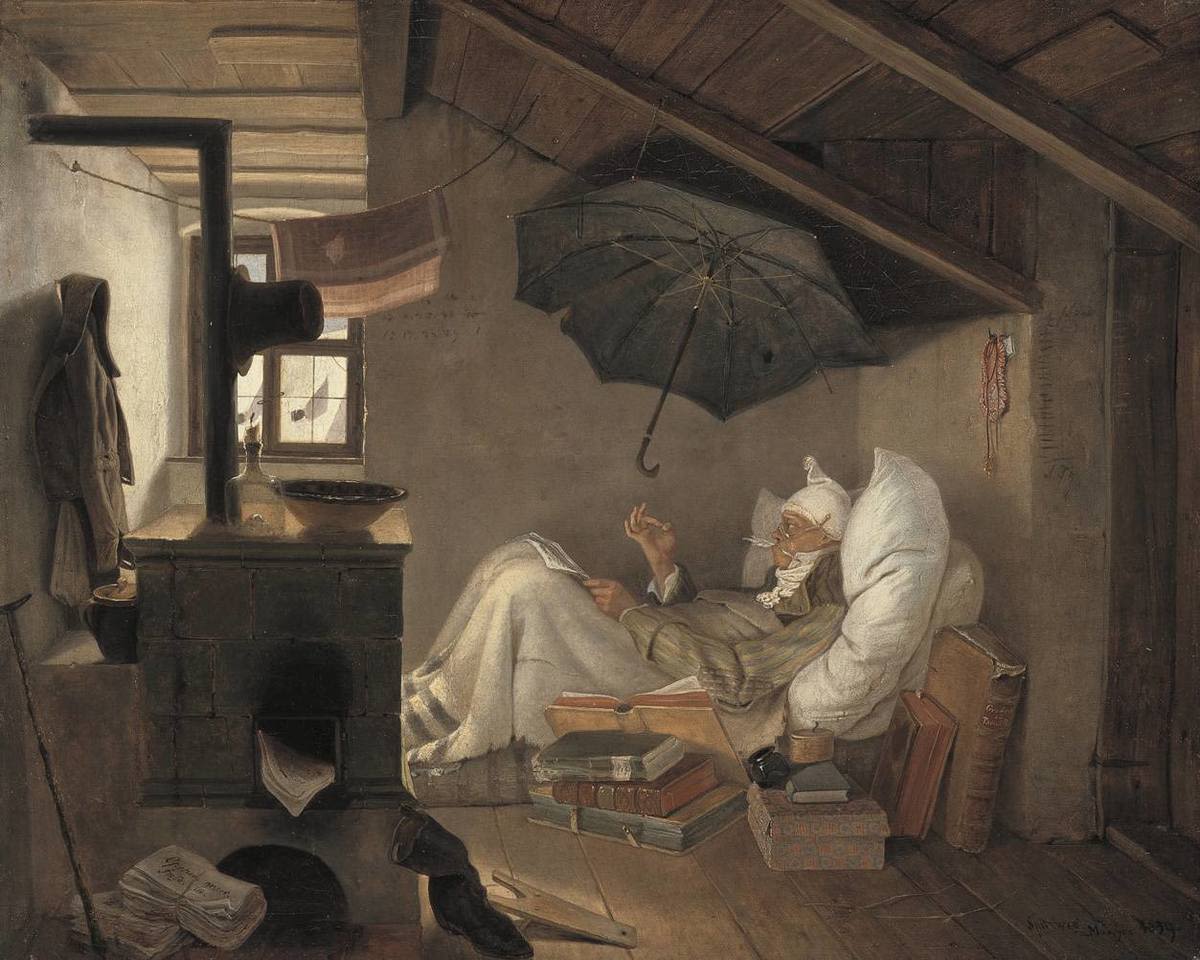 This work is licensed under the Creative Commons Attribution-ShareAlike 4.0 License.