Along with the Wartburg Festival (1817) and the Hambach Festival (1832), the storming of Frankfurt’s main police station in 1833 was one of the most dramatic student-led protest events of the Vormärz period. On April 3, 1833, a small group of three to four dozen armed students (most of whom belonged to fraternities, or Burschenschaften, in Heidelberg and Wurzburg) stormed Frankfurt's main police station. In carrying out an attack on Frankfurt, which, as home to the German Bundestag, or Federal Diet, represented the seat of the hated German Confederation, the students aimed to strike a symbolic blow. At the same time, they had practical goals as well: to free political prisoners, arrest members of the Bundestag, capture weapons to arm the populace, and proclaim a new German Republic. The attempt failed spectacularly: officials knew about the students’ plans in advance; and contrary to their expectations, the student radicals received no support from either Frankfurt fraternities or members of the local population. Soldiers soon recaptured the police station and the uprising collapsed, after which restrictions were tightened yet again. Most of the leaders of the uprising fled to other countries, with many immigrating to the United States. This contemporary colored wood engraving of the event, which was published under the French title, “Insurrection de Franckfurt,” attests to European interest in the political unrest in the German lands. Contemporary colored wood engraving by French printmaker François Georgin (1801–1863). Published by workshop of Pellerin, printer and bookseller, in Épinal, France. 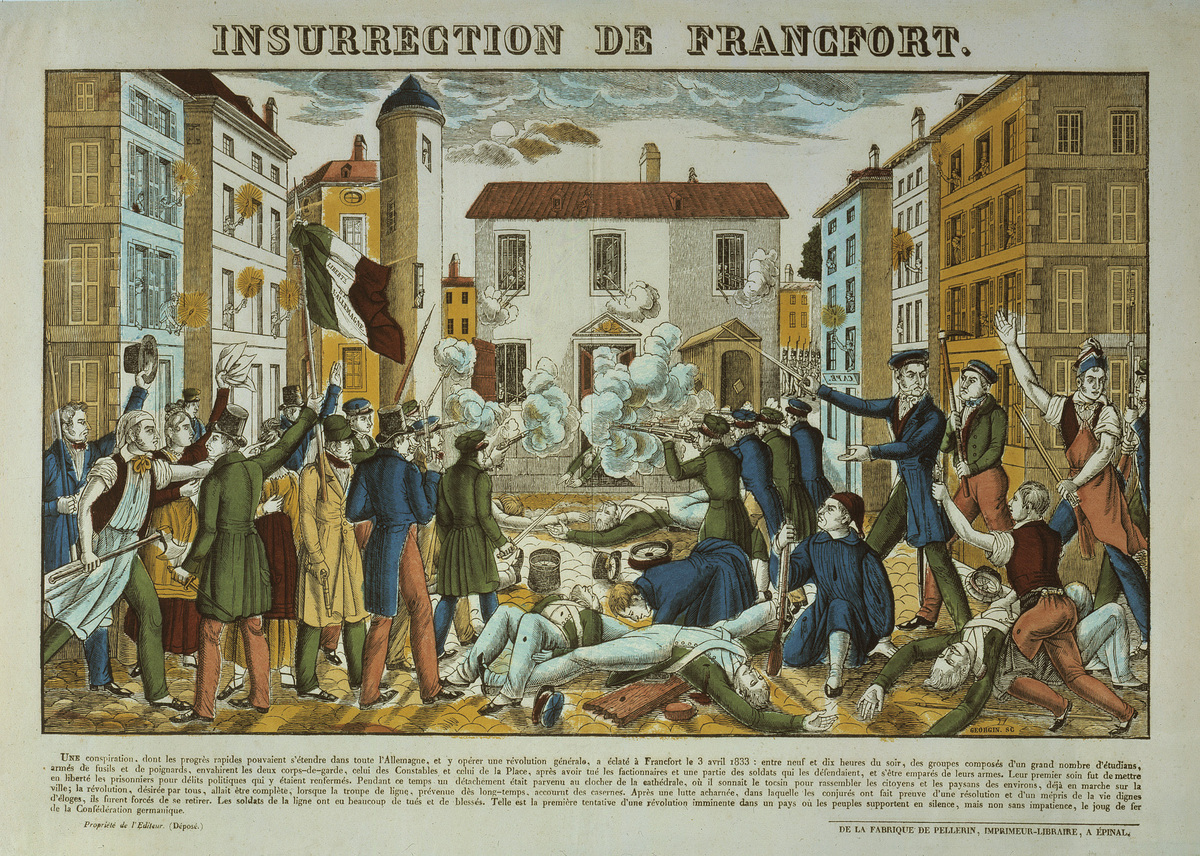 Source: bpk-Bildagentur, image number 00004416. For rights inquiries, please contact Art Resource at requests@artres.com (North America) or bpk-Bildagentur at kontakt@bpk-bildagentur.de (for all other countries).