In the revolutionary year of 1848, members of student fraternities assembled once again at the Wartburg. After the German Bundestag, or Federal Diet, abolished the legal restrictions on universities established by the Carlsbad Decrees, questions regarding the future constitution of German universities assumed center stage. The fraternities demanded that the Frankfurt National Assembly transform universities into national property financed wholly by the state; they also demanded that universities be granted administrative independence. As a result, the first General Student Committee [Allgemeine Studentenausschuss] was formed; it existed only briefly, however. The student body was by no means a politically homogeneous group; it was split into Conservatives and liberal supporters of the progressive movement who criticized the very privilege upon which the system of fraternities was based. In this respect, the student body had difficulties constituting itself as a unified political force from the start—that is, even before it was roped in by reactionary forces after the failure of the March Revolution. 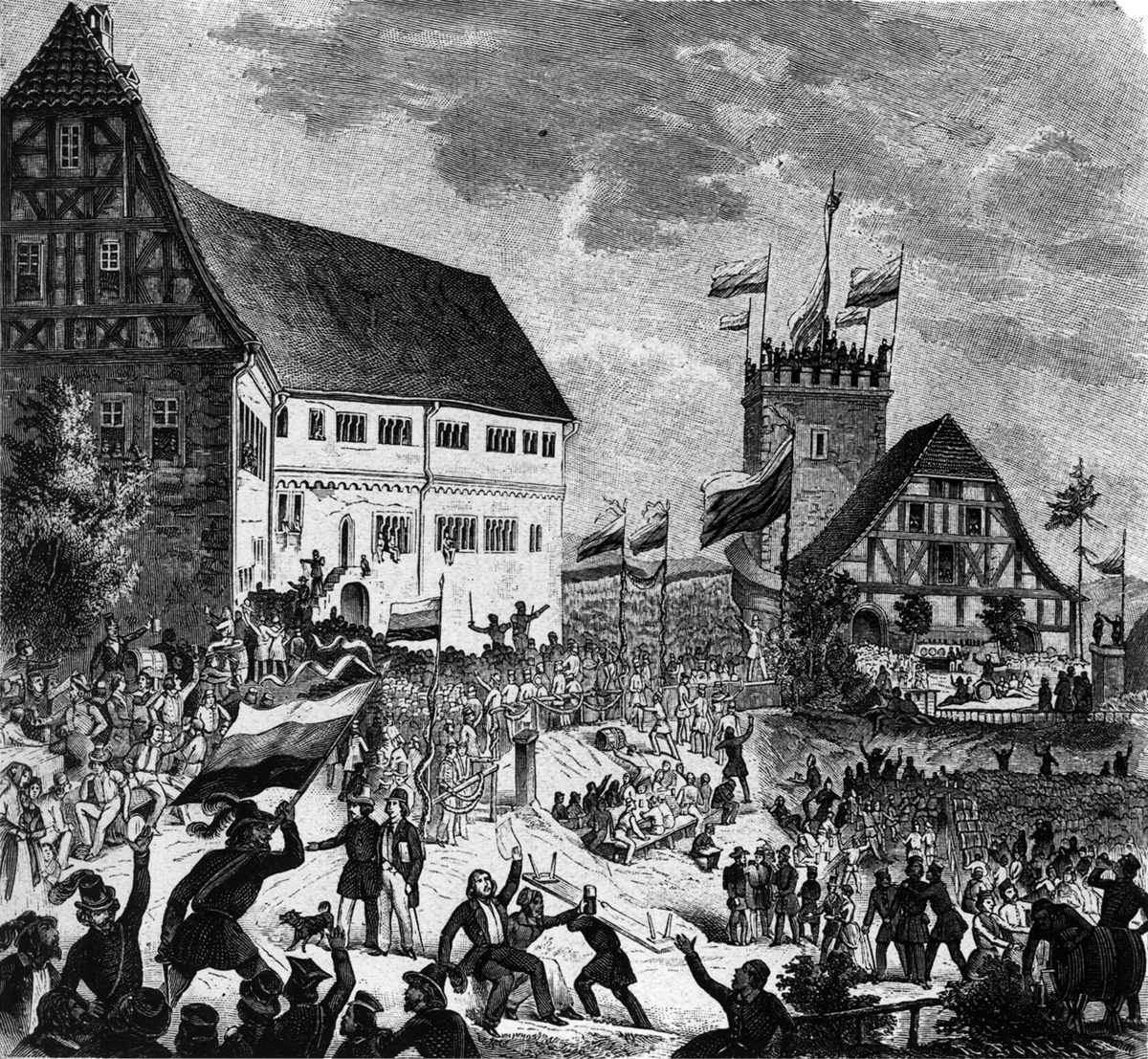 Source: bpk-Bildagentur, image number 30011206. For rights inquiries, please contact Art Resource at requests@artres.com (North America) or bpk-Bildagentur at kontakt@bpk-bildagentur.de (for all other countries).

The Second Wartburg Festival (1848), published in: German History in Documents and Images, <https://germanhistorydocs.org/en/from-vormaerz-to-prussian-dominance-1815-1866/ghdi:image-303> [December 08, 2022].
The National Association on a German Constitution (1860)
The First General Gymnastics Festival in Coburg (1860)