The writer and early feminist Rahel Varnhagen von Ense (1771–1833) was the daughter of the Jewish merchant Markus Levin (1723–1790). Although Varnhagen had to contend early on with the disadvantages of both gender and religion, she went on to become an important figure in Germany’s Romantic movement. Today, she is perhaps best known for her Berlin salons, which contributed to the empowerment of her female guests by offering them a unique opportunity to converse with the most prominent authors, thinkers, and musicians of the day, including Friedrich Schlegel, Bettina von Arnim, Clemens Brentano, Georg Wilhelm Friedrich Hegel, Heinrich Heine, and Felix Mendelssohn-Bartholdy. Varnhagen’s first salon, which closed in 1806 after Napoleon’s defeat of Prussia was an important meeting point for writers associated with Berlin Romanticism; her second salon, which she opened in 1819 with her husband, Karl August Varnhagen von Ense, became a crucial forum for “Young Germany,” a literary opposition movement active during the period of restoration. Her extensive correspondence and literary writings (e.g., On Goethe, 1812) constitute highly significant contributions to cultural history. Colored etching by Erich M. Simon (1892–1927), undated. 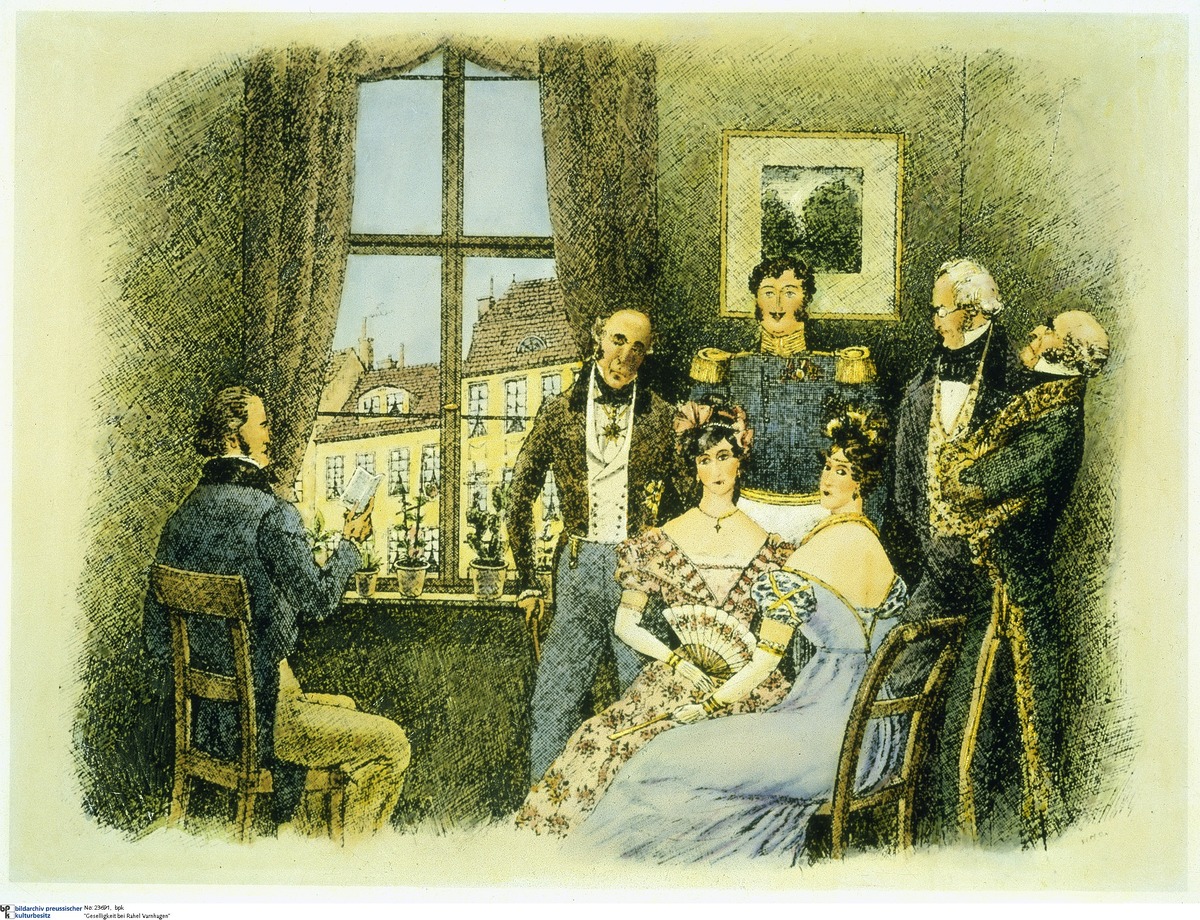 Source: bpk-Bildagentur, image number 00023691. For rights inquiries, please contact Art Resource at requests@artres.com (North America) or bpk-Bildagentur at kontakt@bpk-bildagentur.de (for all other countries)