The destruction of affordable housing in the name of aggressive urban renewal and the construction of anonymous concrete buildings in Berlin's Kreuzberg neighborhood led to the development of a strong squatters’ movement at the end of the 1970s. Under the slogan “Better to renovate through squatting than to destroy through ownership,” vacant apartments were occupied and turned into centers of oppositional subcultures. Some of these occupied houses were later transformed into legally rented accommodations whereas others were cleared by the police. This photograph shows an occupied house in Berlin-Kreuzberg. Graffiti and banners proclaim (from left to right): “Renovation through squatting: against expensive modernization,” “The police and the [Berlin] Senate are a gangster syndicate,” and “Vacant for two years, now expropriated.” 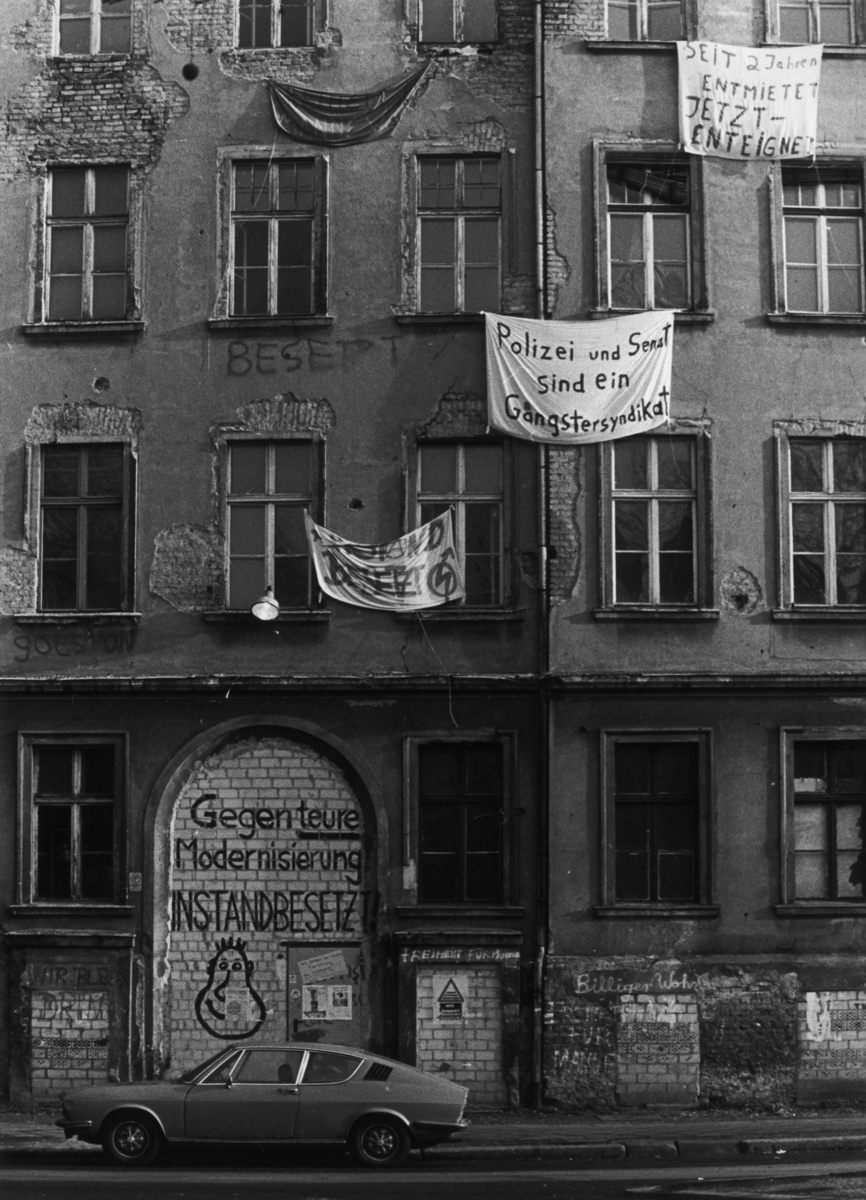 House Occupied by Squatters (1980), published in: German History in Documents and Images, <https://germanhistorydocs.org/en/two-germanies-1961-1989/ghdi:image-606> [February 02, 2023].
Interview with an East German Environmental Initiative in...
The Green Party Platform at the Federal Level (1981)