“Eyes Open!!!—Neither the nobility, nor the clergy will oppress us any longer; they have broken the backs of the people for too long.” In the Vormärz (or “pre-March”) era, the name given to the period preceding the March Revolution, members of the public became increasingly aggrieved by the economic, intellectual, and political oppression exercised by what they viewed as an unholy alliance between the clergy and nobility. In the lithograph below, representatives of these groups crowd around a small table and attempt to extinguish the flame of the truth [Wahrheit]. The names of other parties associated with popular oppression are printed on sacks and banners underneath the table; those parties range from the feudal corveé to the religious orthodoxy. Lithograph, c. 1845. 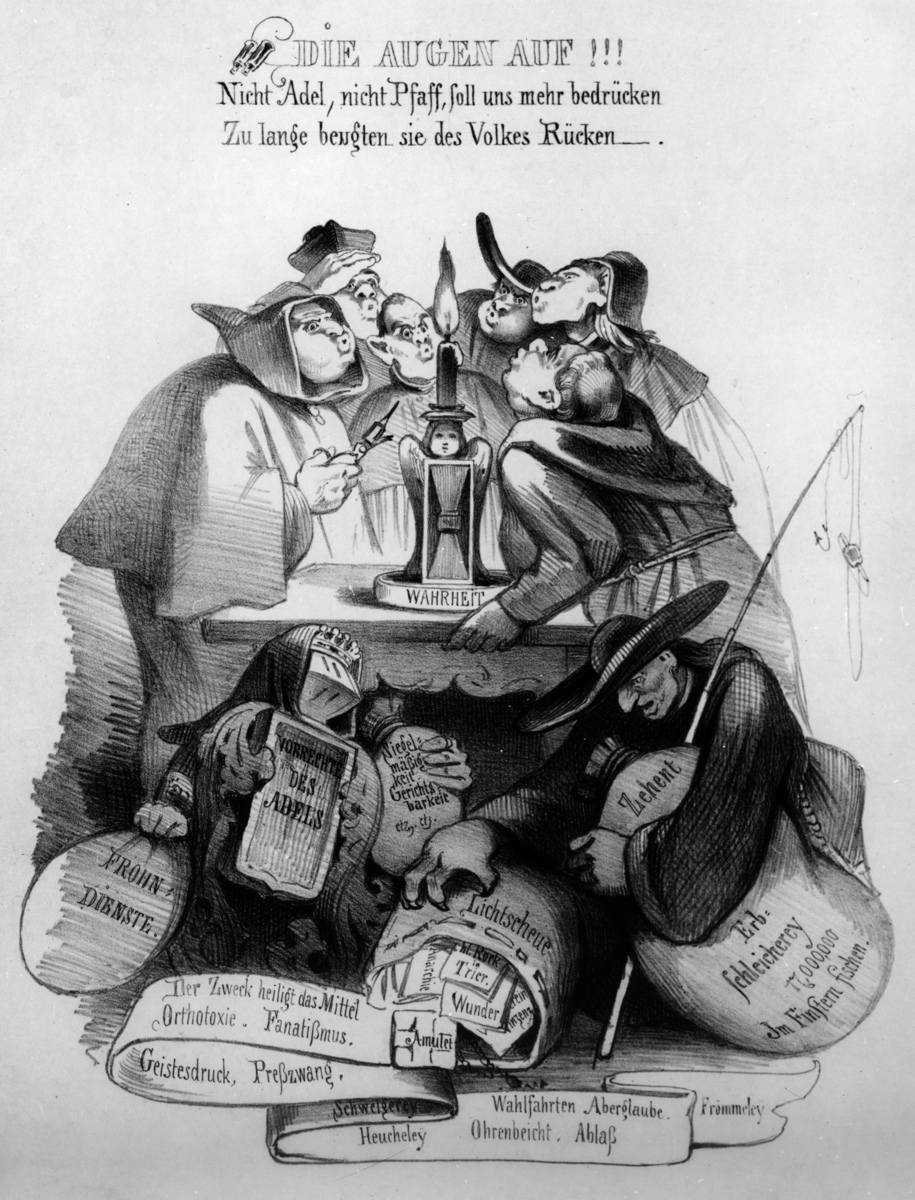 Reproduction: bpk-Bildagentur, image number 30011252. For rights inquiries, please contact Art Resource at requests@artres.com (North America) or bpk-Bildagentur at kontakt@bpk-bildagentur.de (for all other countries).