Even before the Kulturkampf of the 1870s, there had been conflicts in Prussia between the Protestant Reich government and the Catholic provinces (the Rhineland, Westphalia, Emsland, and Silesia). Friedrich Wilhelm III (1770–1840), for instance, had decisively opposed the Catholic Church’s demand that every "mixed" (i.e. Catholic-Protestant) marriage be sealed with a Catholic wedding ceremony and that all children resulting from these unions be raised in the Catholic faith. Later on, however, the state wanted to demonstrate its desire for reconciliation with Catholics. To this end, in 1842 the son of Friedrich Wilhelm III, King Friedrich Wilhelm IV (1795–1861), participated in the ceremonies in honor of the recommencement of building work on the Cologne cathedral. At this point in time, the cathedral had already been under construction for 600 years, and it was finally to be brought to completion—with the help of Prussian funds, no less. In August 1848, there was a second construction-related ceremony, which the Prussian king attended along with members of the Frankfurt National Assembly. By 1848, the Cologne cathedral had already become a symbol of German nationhood, but it gained even greater symbolic significance after the official dedication ceremony in 1880. The massive Gothic structure called to mind the Middle Ages and awakened the hope of a return to a unified empire under a ruler with a divine mandate. Wood engraving by R. H. Moore (1869), based on a painting by Carl Emanuel Conrad. 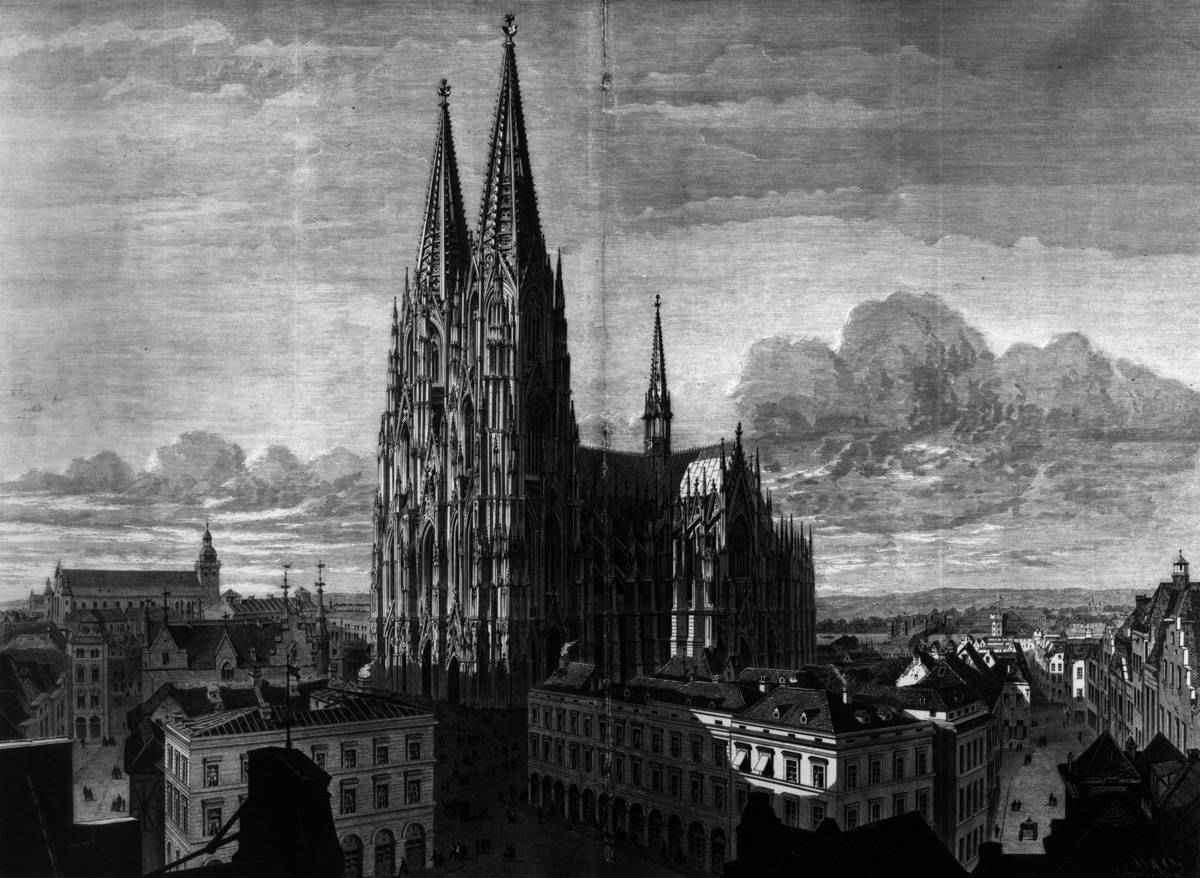 Source: bpk-Bildagentur, image number 40003786. For rights inquiries, please contact Art Resource at requests@artres.com (North America) or bpk-Bildagentur at kontakt@bpk-bildagentur.de (for all other countries).