Steam engines and railroads fired the imaginations of Germans and other Europeans in numerous ways. Evidence of this fascination is preserved in various genres and media, from letters and literary accounts to newspaper articles, prints, and material culture, and in this case textiles. At the center of this cotton damask tablecloth stands the Adler, the first locomotive used in Germany, on the Ludwig Railway [Ludwigs-Eisenbahn] between Nuremberg and Fürth in 1835 (the engine was made of English parts and assembled in Germany under the supervision of an English engineer). Four scenes of steam-powered vehicles in action are depicted around the edges of the central frame, in such a way that each scene would have been oriented right side up for a viewer seated on that side of a square table. This succession of images also creates the impression of an unending cycle. The foliage in the pictures and, even more, the floral borders around both the central panel and the edges dispel any notion that machine-driven industry and nature were at odds. 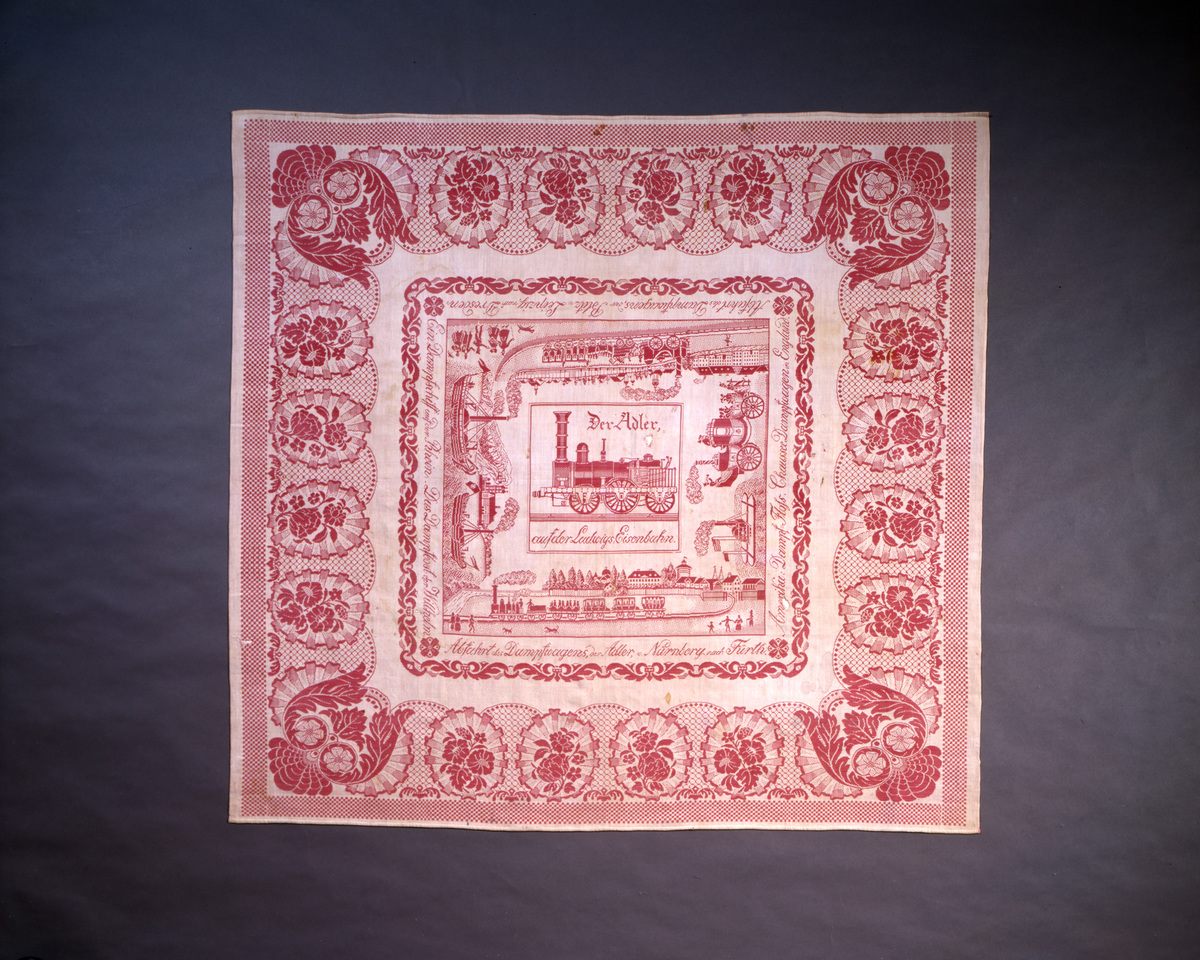