Medallions were produced for a variety of purposes: to commemorate peace treaties, battles, rulers, or other famous figures; to celebrate events of civic or national importance; or to mark an occasion that a certain entrepreneur or group wanted to advertise or publicize. The two medallions shown here commemorated the opening of early railway lines in the German-speaking lands. The medallion on top honored the opening of the Leipzig-Dresden Railroad in April 1839 (by medalist F. Ehrhardt). The one below celebrated the opening of the Vienna-Brno Railroad in July 1839 (by medalist L. Heuberger). These two medallions offer evidence of cultural exchange and borrowing between Saxony and Austria. Not only did the Austrians co-opt the very idea of commemorating a railway opening, they also used the same imagery and language as well. 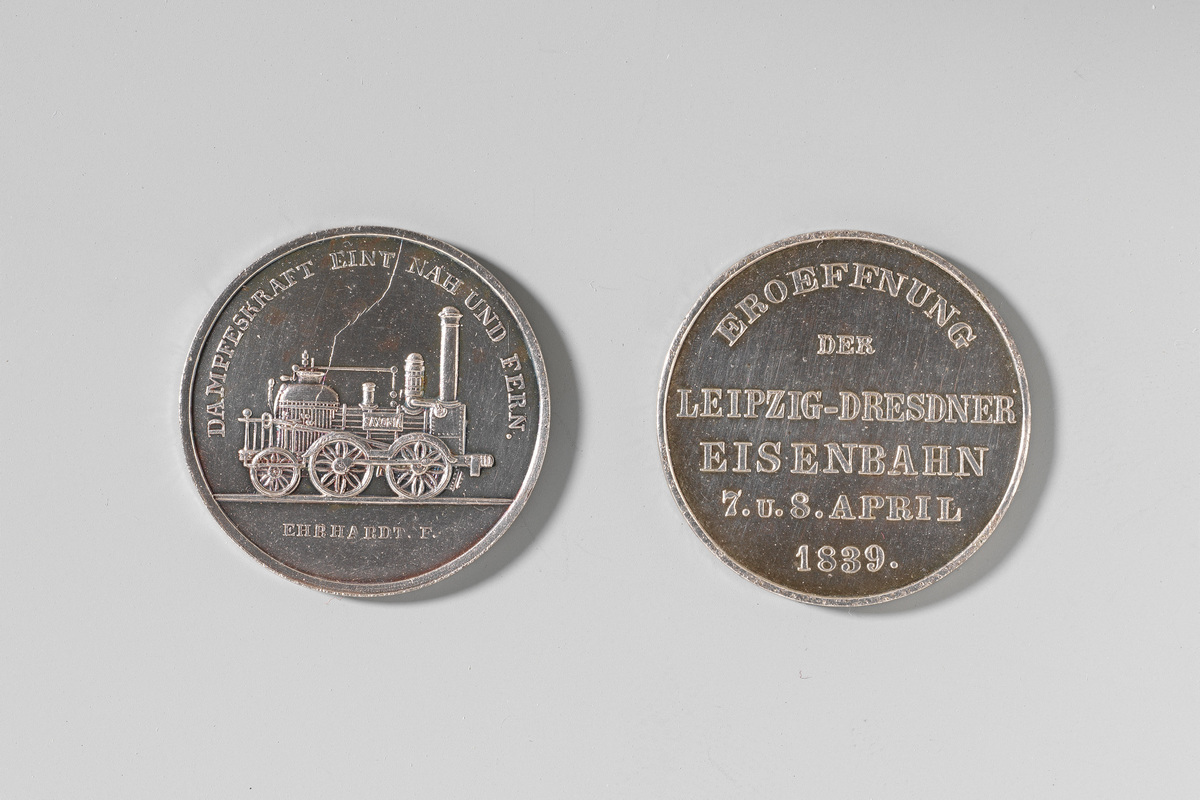 Medallions Commemorating the Opening of Early Railway Lines (1839), published in: German History in Documents and Images, <https://germanhistorydocs.org/en/from-vormaerz-to-prussian-dominance-1815-1866/ghdi:image-5008> [February 04, 2023].
Reception of the King and Queen of Saxony at Leipzig Stat...
Damask Tablecloth with Railroad Decoration (c. 1840)