E. T. A. Hoffmann (1776–1822) is perhaps best known to American audiences as the author of the story that inspired Tchaikovsky’s The Nutcracker (1892)—though this beloved ballet bears only a superficial resemblance to Hoffmann’s complex story “The Nutcracker and the Mouse King” (1816). Embodying the universalist spirit of Romanticism, Hoffmann was an accomplished composer and draughtsman (the illustration below, in fact, is the work of his own hand), as well as a widely read author. His fantastical tales interweave an unprecedented level of naturalistic, often humorous, detail with the most unlikely supernatural occurrences to create a vivid, otherworldly realm. In creating works of this sort, Hoffmann epitomized the Romantic ideal of the artist as a harbinger of a new and higher consciousness. At the same time, however, his literary work also offers one of the period’s most cogent critiques of Romanticism. In tale after tale, he warns the reader that going to Romantic extremes to escape earth-bound, bourgeois philistinism can only lead to solipsism and madness. Hoffmann’s most successful heroes (those who escape madness and death) exhibit a more balanced approach—for them, fantasy provides spiritual renewal only as long as their feet are firmly planted on the ground. For example, in the fairy tale “The Strange Child” (1816), illustrated below, two children’s encounter with a magical being in a dream-like world eventually gives them the strength to overcome the tragedy of their father’s death and to escape from poverty. Illustration (1816) by E. T. A. Hoffmann. 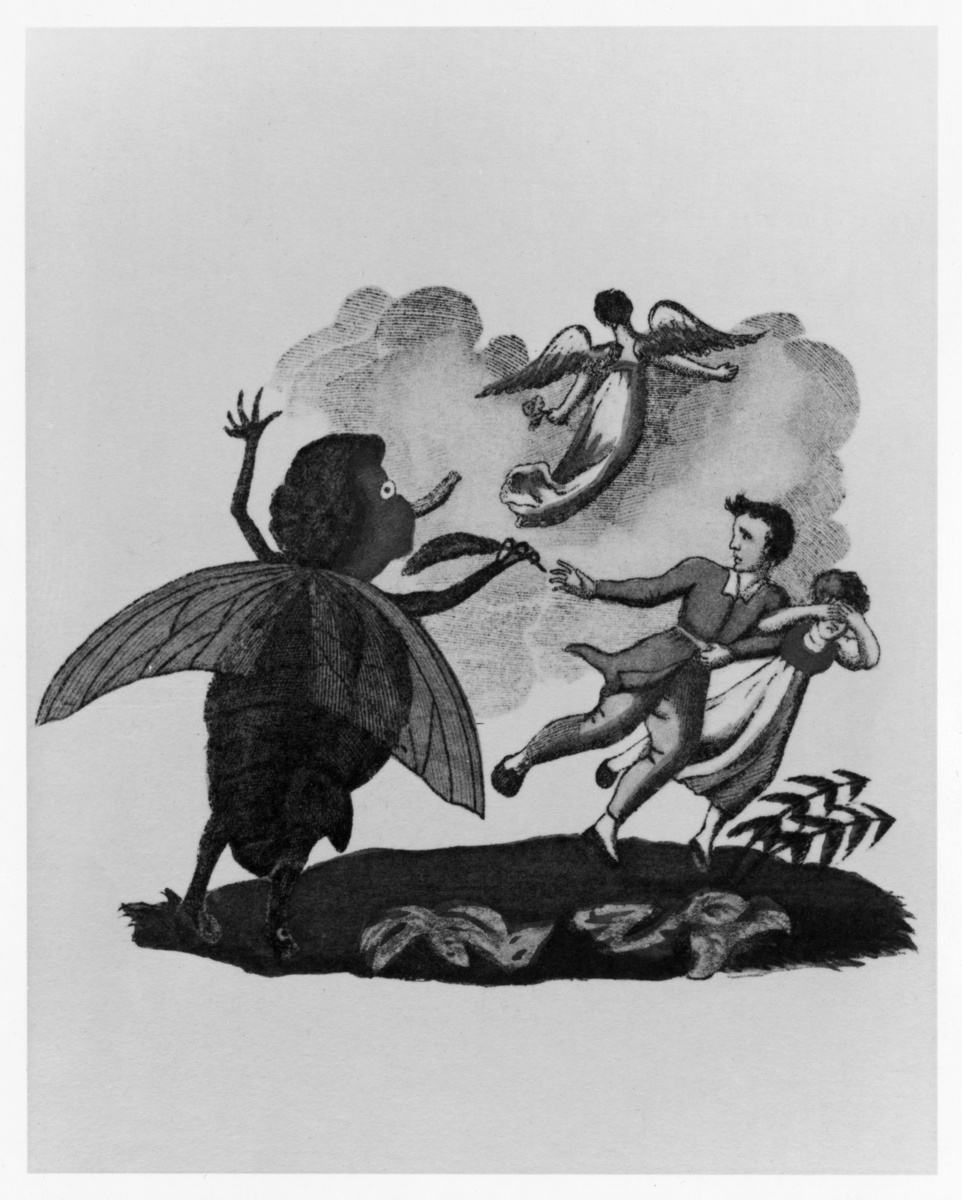 Source: bpk-Bildagentur, image number 10008982. For rights inquiries, please contact Art Resource at requests@artres.com (North America) or bpk-Bildagentur at kontakt@bpk-bildagentur.de (for all other countries).