The Prussian pedagogue Friedrich Ludwig Jahn (1778–1852) founded the gymnastics movement [Turnbewegung] in 1811 as a means to mobilize national sentiment against Napoleonic France. From that point on, gymnastics festivals [Turnfeste] had clear political overtones. In the Vormärz era, regional and transregional gymnastics festivals served as gathering places for national and democratic forces. The first national gymnastics festival, shown here, took place in Coburg in 1860. In subsequent decades, the festival was repeated at irregular intervals. By then, however, the festival had already taken on a more mainstream character. Drawing by Herbert König from Leipziger Illustrirte Zeitung (1860). 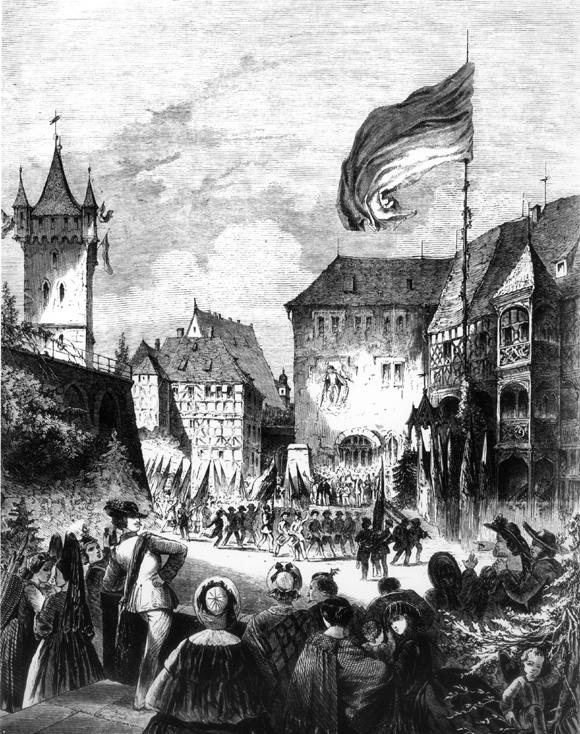