Willy Brandt after the No Confidence Vote in the Bundestag (April 27, 1972)

To protest Willy Brandt’s conciliatory Ostpolitik (policies toward the East), several Bundestag delegates from the FDP left the governing social-liberal coalition and joined the opposition CDU/CSU group. After this shift, the leadership of the CDU/CSU believed that it had enough support for a successful vote of no confidence in the Bundestag. The motion was narrowly defeated, however: instead of the required 249 delegates, only 247 cast votes of no confidence. After the motion failed, friends and party supporters congratulated the newly confirmed chancellor.

Willy Brandt after the No Confidence Vote in the Bundestag (April 27, 1972) 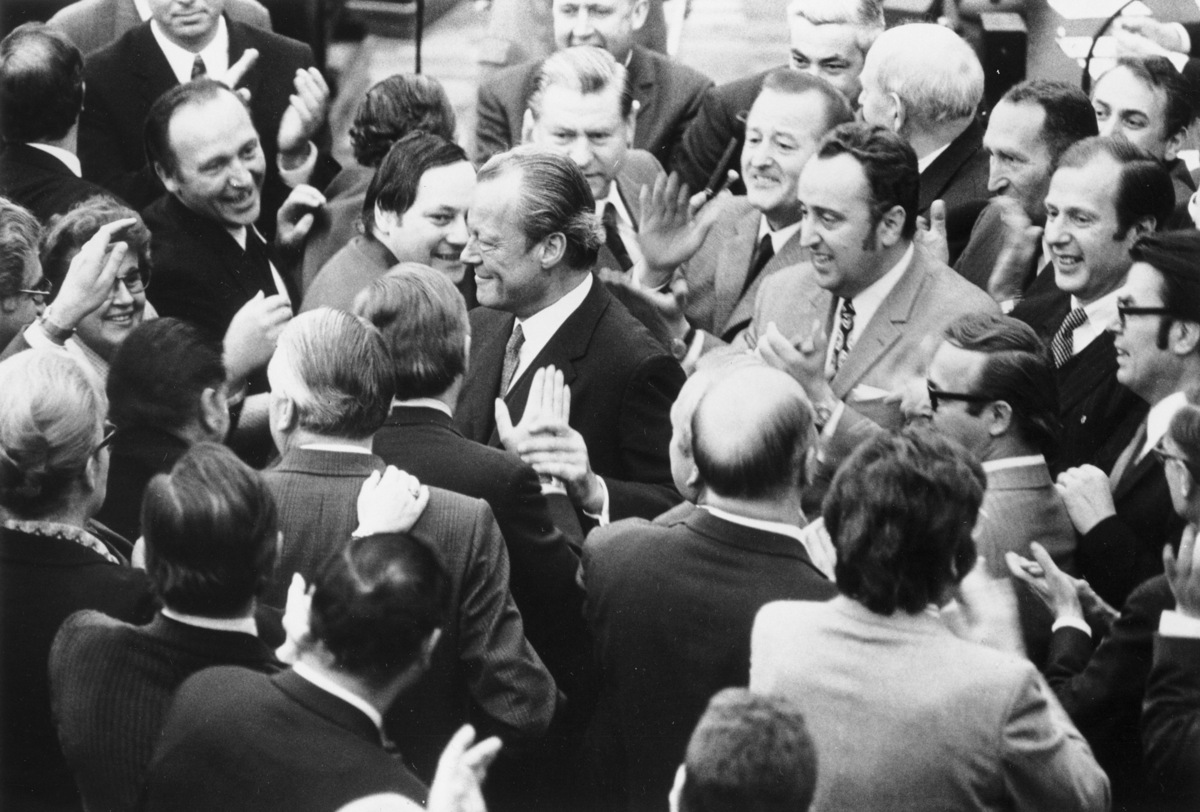 Source: After the failure of the constructive vote of no confidence in the Bundestag, party colleagues congratulate Chancellor Brandt. April 27, 1972. Photo: Hanns Hubmann.
bpk-Bildagentur, image number 30008361. For rights inquiries, please contact Art Resource at requests@artres.com (North America) or bpk-Bildagentur at kontakt@bpk-bildagentur.de (for all other countries).