During the Vormärz period, the restored monarchies used the repressive Carlsbad Decrees of 1819 as the basis for a merciless campaign against all democratic and nationalist movements. State oppression in the German territories increased in response to the July Revolution in France and to home-grown revolutionary demonstrations such as the Hambach Festival of 1832. For many intellectuals, as well as rebellious craftsmen, laborers, and students, the “persecution of demagogues” campaign [Demagogenverfolgung] meant imprisonment and, in some cases, even execution. The scene reproduced below shows closely guarded inmates as they attend a prison church service. Their clothing identifies them as bourgeois victims of the Demagogenverfolgung. Painting by Wilhelm Joseph Heine (1813–1839). 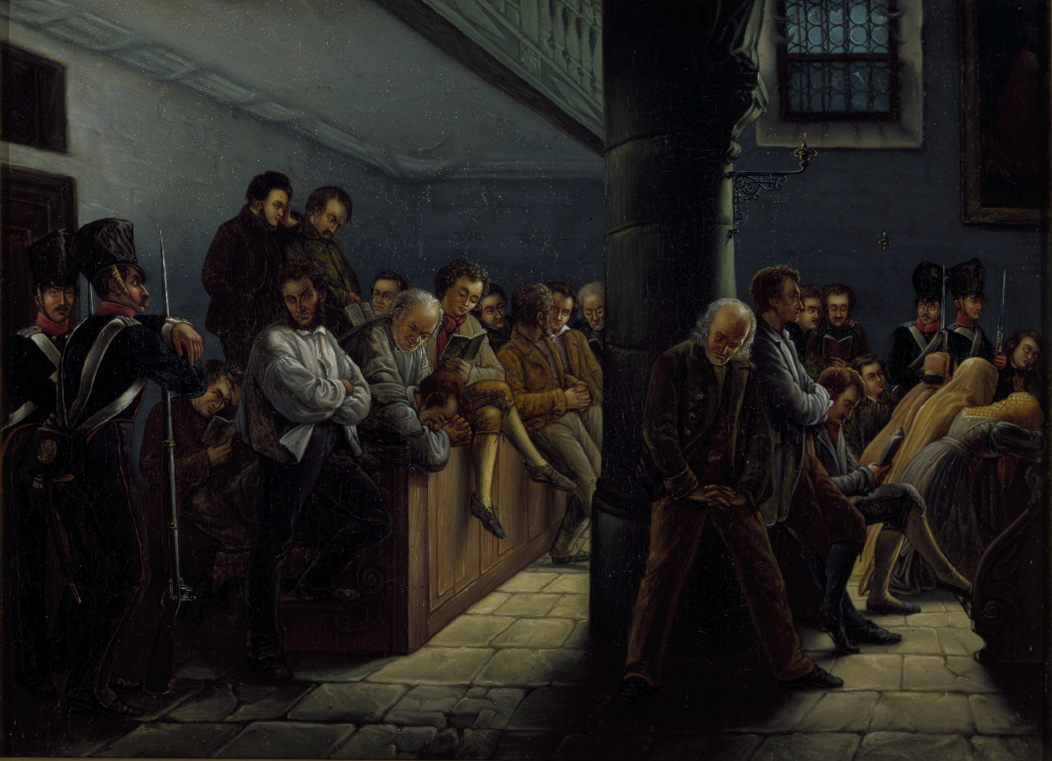